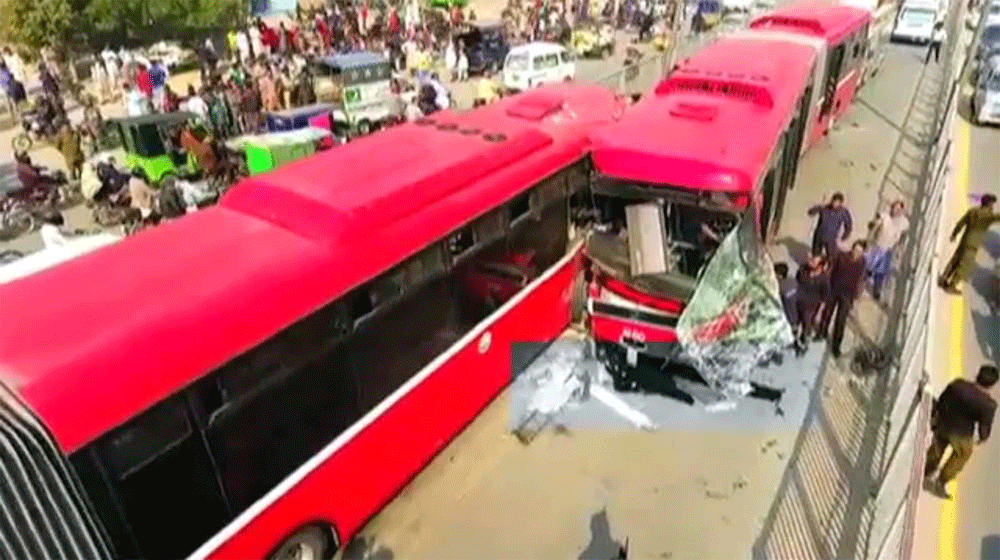 A woman has lost her life, and at least 15 others have sustained injuries as a result of a head-on collision of two metro buses in Lahore.

The accident occurred near Gajjumatta area of Lahore on Monday.

Soon after the incident, rescue teams rushed to the spot and started to shift the injured to Lahore General Hospital. The Metro Bus Service was partially suspended following the sad incident.

The authorities have launched an investigation into the matter to find out the reasons behind the collision. Statements of the eyewitnesses are also being recorded.