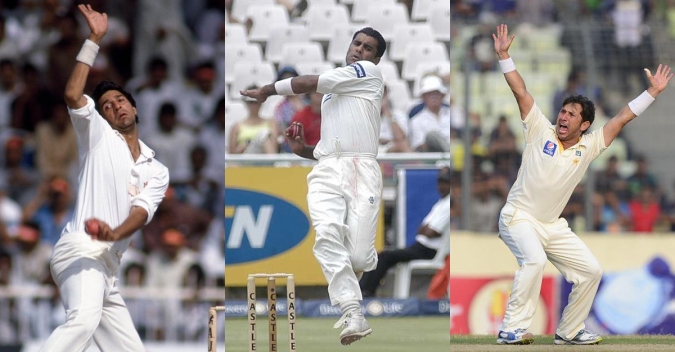 The Pakistan Cricket Board has congratulated former captains Wasim Akram and Waqar Younis, and wrist spinner Yasir Shah who have been nominated for the Civil Awards by the Pakistan government.

On behalf of the Pakistan cricket family, the PCB congratulates Wasim, Waqar and Yasir on their nominations for the prestigious awards.

The three are deserving recipients. Wasim and Waqar are highly-respected commentators and have played their role in enhancing the image of Pakistan and cricket as broadcasters, while Yasir has had a lion’s share in Pakistan’s major Test wins in the recent past.

Wasim and Waqar have previously been conferred with the Pride of Performance awards in 1992 and 1995, respectively.

Wasim took 414 Tests and 502 ODIs in a career between 1984 and 2003, while Waqar claimed 373 Test and 416 ODI wickets in a 14-year international career. Both stalwarts were inducted in the ICC Cricket Hall of Fame.

Yasir has already taken 203 and 19 wickets in 35 Tests and 19 ODIs respectively after making his international debut in 2011.

In Abu Dhabi last year, during the fourth day’s play in the second Test against New Zealand, Yasir became the quickest to 200 Test wickets, beating an 82-year-old record of Australia’s leg-spinner Clarrie Grimmett who took 36 Tests to reach the landmark against South Africa in Johannesburg in 1936.