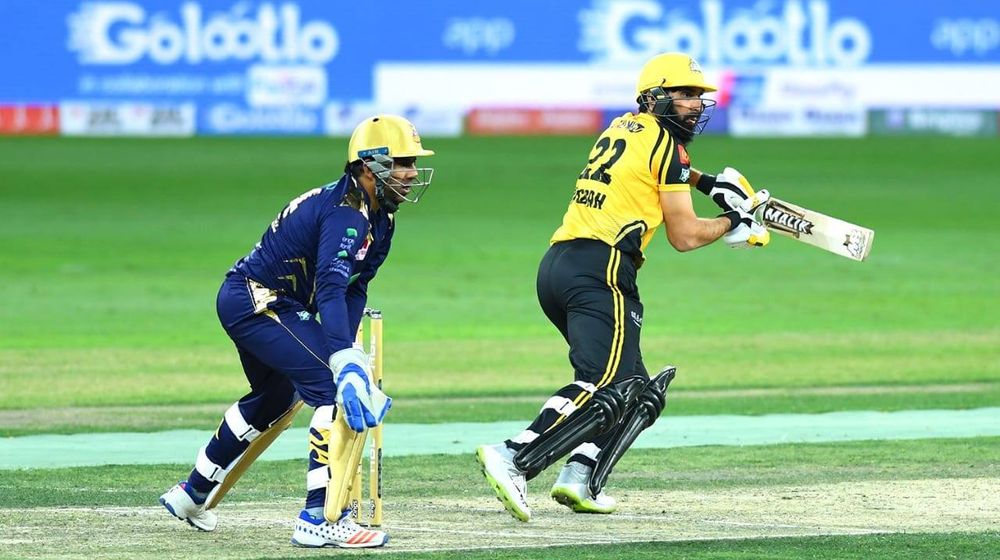 Franchises owned by Javed Afridi and Nadeem Omar face off in the Qualifier to secure a place in the final of the Pakistan Super League (PSL) 2019.

With little challenge from the remainder of the teams and given the history of both franchises in the competition, Peshawar Zalmi and Quetta Gladiators will take on each other as many had predicted.

Run to the Playoffs

By the end of the group stage, both teams finished with an identical record, with Peshawar Zalmi leading on net run-rate (NRR).

As evident from above, Peshawar has lost 2 of their 3 games against the team they are up against – Quetta Gladiators. In Quetta’s case, they faced trouble against quality spinners, which were present in Karachi and Lahore’s teams.

Let’s dig a little deeper and answer a few more of the questions:

Peshawar Zalmi has registered a win by 8 wickets only once as opposed to Quetta Gladiators’ three victories by the same number of wickets.

When we talk about runs, Peshawar registered a win by 61 runs against Karachi Kings whereas Quetta registered a 43-run victory over Islamabad United.

The highest total of the tournament for Quetta Gladiators was against Karachi Kings, which Quetta lost by one run. The total was 189-7 in 20 overs.

Peshawar Zalmi crossed the 200-runs mark against Karachi Kings in their last match where Kamran Akmal destroyed the opposition while batting first. In 20 overs, Peshawar scored 203-7.

Both oppositions have demolished the bowling lineups in PSL 2019.

Peshawar Zalmi batsmen, on the other hand, have a similar record with 9 half-centuries and 0 centuries:

For Quetta Gladiators, Shane Watson, Ahmed Shehzad, and Umar Akmal are the top performers with the bat. Here are the highest scores for Quetta this year.

Kamran Akmal is back in form at the right time and he has the highest individual score for Peshawar Zalmi this season.

Sohail Tanvir has led the way with his experience, picking up 15 wickets in 10 innings. His best bowling performance was also the best for Quetta Gladiators this season.

We all know who’s been the chief destroyer with the ball for Peshawar Zalmi, don’t we? Well, Hasan Ali has taken 21 wickets, the highest ever in PSL history. He has three four-wicket hauls.

Two wins out of two against Peshawar Zalmi would definitely make Quetta Gladiators favorite for this clash, however, Darren Sammy’s side knows how to win big matches and Quetta has a history of losing against Peshawar in knockout matches. The match will be evenly poised as both teams have played some really good cricket throughout the season. Both have match winners and it will be a great spectacle watching these teams lock horns at the National Stadium Karachi tonight at 7 pm.