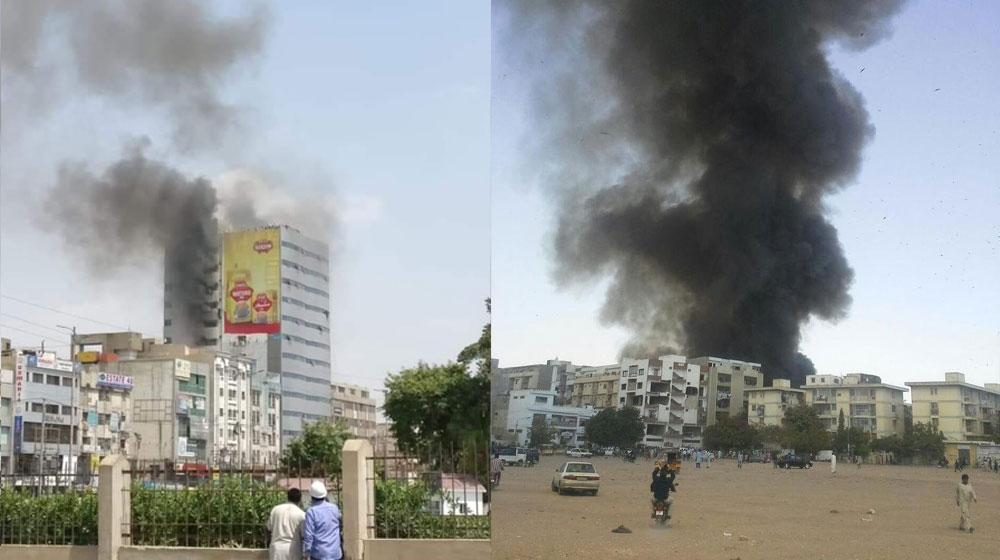 At least one person has been killed and several people are reportedly injured as a residential building in Karachi’s Gulshan-e-Iqbal area has caught fire.

The fire has engulfed the fourth and fifth floors of the Noor Trade Centre which is a 14-story building.

The fire brigade reached the scene at least an hour after the incident was reported.

A large number of people are reportedly stuck in the building. One of them died while several sustained injuries while jumping off the building to save their lives.

According to Rescue 1299, five Fire Tenders, two Snorkels, and 20 to 25 Ambulances are working on the location. The injured are being shifted to nearby hospitals.

Video footages aired on TV channels show dozens of people on the terrace of the fire-engulfed building waiting to be rescued.

Fire erupted in a building in Gulshan-e-Iqbal Karachi, citizen jumps off the building to save his life

New footage shows a rescue helicopter has approached the building for the rescue operation.

This is a developing story, it will be updated accordingly.