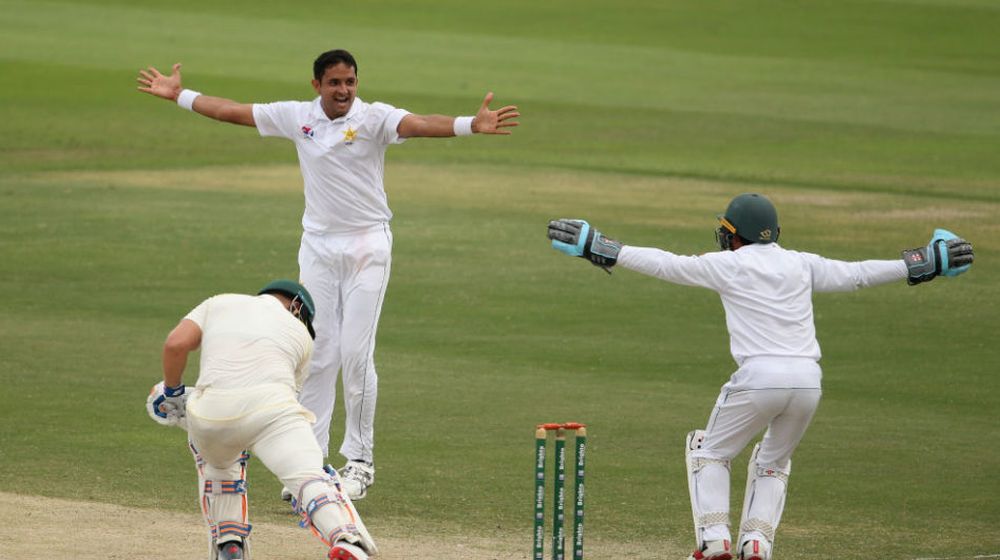 Australian captain, Aaron Finch has hailed Pakistan as a world-class and highly skilled team, saying that ‘you cannot take them lightly in any form of the game at any time’.

Talking about giving respect to the opposition at a press conference, the Aussie skipper said that ‘we have given them [Pakistan] as much respect as India’.

Finch is wary of a resurgent Pakistani bowling attack, especially his tormentor from his first Test series in the UAE: Mohammad Abbas. He fell three times to Abbas in four innings as the 29-year old pacer swung the ball both ways with immaculate consistency.

He had some great success with the red ball in the Test matches against us. He bowled very consistently, just moved the ball enough each way. That’ll be a good challenge again though, there are a few guys in our side who he did have some success against. So it’s about coming up with a plan for him.

He said that he feels vulnerable against bowlers like Abbas, however, he has ‘been working hard on that, tinkering with a few things’.

Not just Abbas, he believes that Pakistan has a quality bowling unit overall.

They’ve still got a lot of quality players and you can’t just afford to focus on one player. So it’s important you put as much time and effort into every player and make sure your plans are as solid as they can be.

If Abbas gets a game today, it will be interesting to see how he goes about things against his prey Aaron Finch.