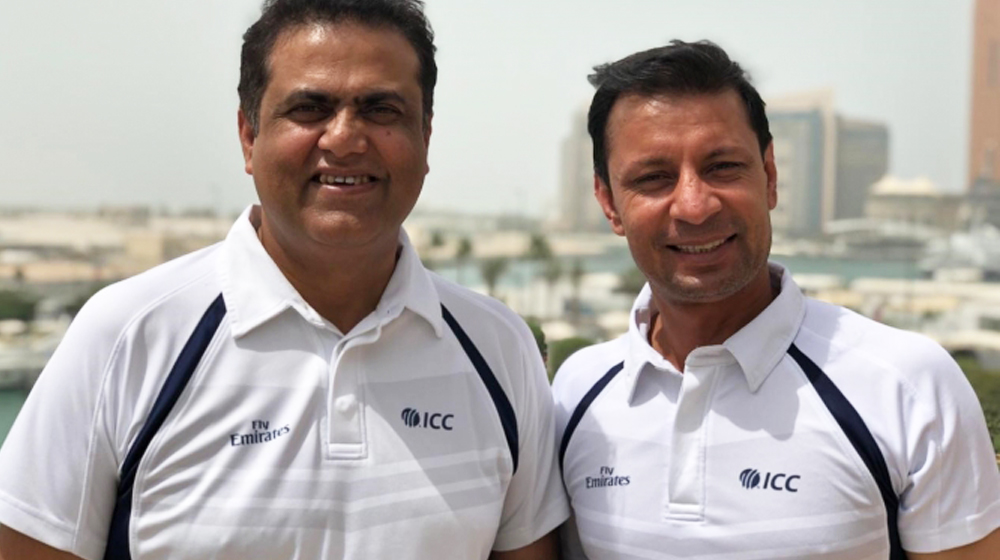 The Pakistan Super League (PSL) is not only helping players make a name for themselves on international stage but the match officials as well.

Umpires Asif Yaqoob and Rashid Riaz are delighted at their imminent debuts in the one-day international series against Australia under Pakistan Cricket Board’s efforts to enhance the profiles of its match officials through a process to increase their reserves.

Both these umpires were a huge part of PSL 2019, which has opened the doors of opportunities for them.

Asif Yaqoob, who will stand in the third one-day international in Abu Dhabi on Wednesday, admitted he has gradually come this far and wanted to make a reputation for himself.

I am delighted to see my name as an on-field umpire for the first time in my career. It is reward of hard work, ability to keep myself abreast with the development of the game and knowledge about the laws of the game.

Asif, who started his career in 2003, became one of four ICC international panel umpires from Pakistan in 2018. It was five years after he was enrolled as a PCB elite umpire.

I know basic requirements for an umpire are his passion for the game, his temperament, knowledge of the game and decision-making, so I keep myself strong in these areas.

Asif, whose T20I debut was also against Australia in Dubai last year, said:

I am also a faculty member for teaching umpires, so it’s my duty to keep myself updated on the rule changes and make that my strong point.

Rashid Riaz, 43, has an added advantage of playing first-class cricket for National Bank. Under his captaincy, players like Azhar Ali, Imam-ul-Haq and Usman Salahuddin graduated to become Test cricketers from Model Town Club in Lahore.

Rashid believes it will be a dream come true when he becomes one of the two on-field umpires in the fourth ODI in Dubai on Friday.

When I retired from first-class cricket, it was my aim to make a name for myself in umpiring and so I have worked hard to reach this far. It will be a dream come true for me, for which I thank the PCB and all the people who have helped me in my career.

For Rashid, Aleem is a role model.

Aleem Dar is my role model as he is well-respected throughout the world. Umpiring is my passion and every day, I prepare myself well to go to a match, whether it’s a club match or a first-class or an international match.

Rashid international debut was also in the T20I series against Australia last year. Both Asif Yaqoob and Rashid Riaz stood in the HBL PSL matches and are widely-respected in Pakistan cricketing circles.