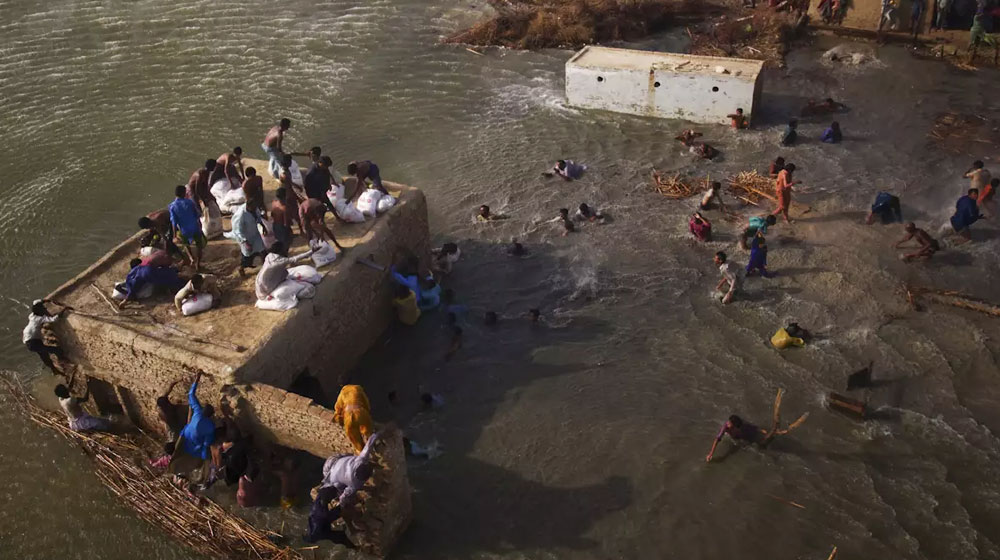 Pakistan is under the threat of a superflood this season, as the monsoon has extended to more parts of the country, said the Chairman of Federal Flood Commission (FFC), Ahmad Kamal on Tuesday.

He made these remarks while briefing a National Assembly Standing Committee on Water Resources.

Kamal explained that this year, 25 more districts have come under the influence of monsoon, mainly due to the shift in rainfall zone from North East to North West.

This means that an additional 14 districts of Punjab and 11 districts of Khyber Pakhtunkhwa are at risk of a superflood this monsoon season, he said.

“The country bore an estimated loss of $10 billion during the superflood of 2010,” Kamal told the National Assembly, adding that the flash floods from 2011 to 2015 caused an additional loss of $9 billion.

He lamented previous government for completely ignoring the Water Sector saying that only 3.7 percent of total PSDP for the year 2017-18 was allocated for this sector.

The FFC chairman said they had prepared a 10- year National Flood Protection Plan-IV with an estimated cost of Rs. 332 billion.

“The plan has been approved by the Council of Common Interests (CCI), and would be implemented in two phases,” he said, adding that an estimated cost of phase-I would be at Rs. 177.661 billion while phase-II would cost Rs. 154.585 billion.

Both federal and provincial governments would share an equal burden of the cost, he added.

Ahmed said the plan has been sent to the Planning Commission for approval.