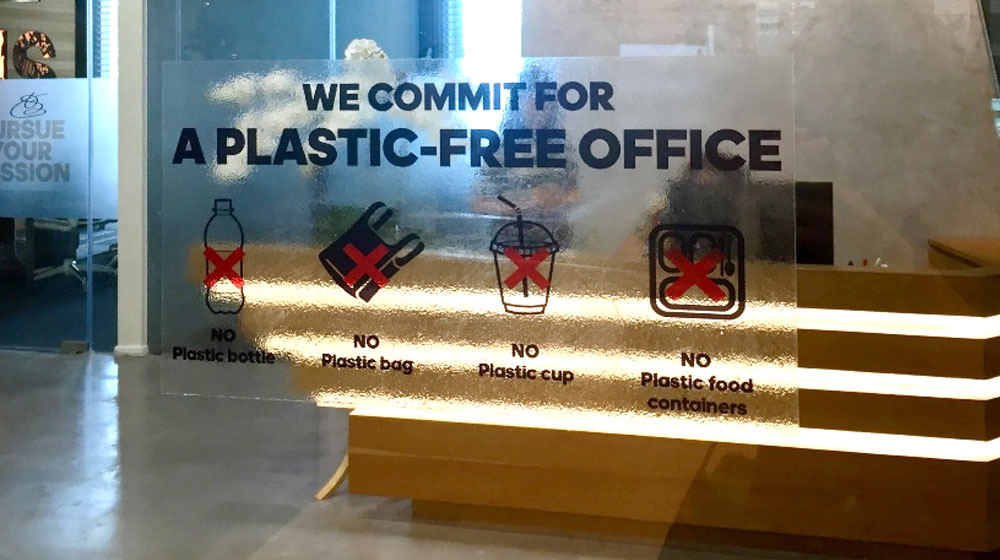 The Prime Minister House has declared the Ministry of Climate Change a plastic-free ministry and vowed to follow them in this endeavor.

Advisor to Prime Minister on Climate Change, Malik Amin Aslam made this statement on Friday while addressing a seminar against plastic pollution.

The seminar titled ‘Say No to Plastic Pollution’ was organized by Supporters of Ethics and Sustainability (SOEAS) to spread awareness regarding the harmful effects of plastic products.

“Ministry of Climate Change is now officially a plastic-free zone. We will follow the same in other ministries including the Prime Minister House,” Amin Aslam said.

He said that this was the first step of the five-step plan to counter plastic pollution in the country.

While shedding some light on the other steps of the plan, Malik Amin Aslam said:

The second step would be to launch a country-wide awareness campaign highlighting the harms of plastic bags towards the environment and health.

In the third step, he said, the government will ban plastic bags in the federal capital to make it a plastic-free zone. The ban will later be expended to other parts of the country.

Advisor to PM expressed his concerns over increasing electronic waste (e-waste) in the capital and said the government was planning to follow international law in this regard. The law makes electronics manufacturers responsible for collecting their e-waste around the country.

He encouraged the students of FAST University to show interest in the SOEAS hashtag #maholsaypyaarplasticsayinkaar.

SOEAS Founder Professor Usman Chaudhry announced that the cafeterias at FAST would be the first-ever plastic free university café.