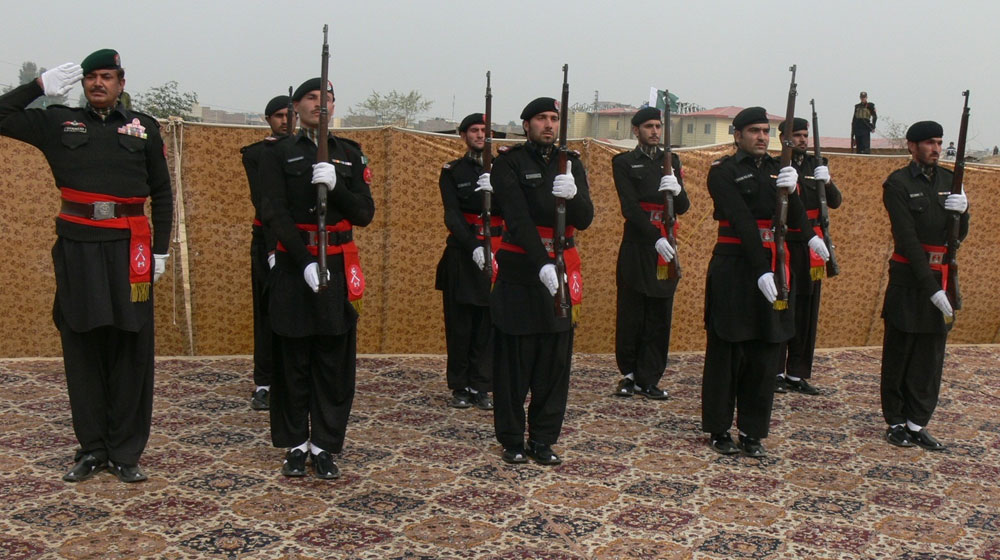 In a landmark development, the Chief Minister of Khyber Pakhtunkhwa (KP) has announced to merge Khasadar and Levies forces, which were previously operating in tribal areas, into KP police. He announced this decision on Monday while addressing a press conference in Peshawar.

The continuation of these forces was pointless after the merger of FATA into KP. Instead of abolishing the British era policing system, KP govt has decided to unite it with the provincial police.

He stated that with this move, thousands of families will be saved from starvation as Khasadar and Levies will get privileges and benefits just like the police.

He said that the KP government had accepted all the demands these forces made in a 22-point agenda, and added that the 28,000 personnel of Levies and Khasadar will receive regular police training and salary.

CM KP paid homage to the martyrs of war against terrorism and said this was a historic day in bringing the tribal areas into the mainstream.

Khasadari system was introduced by the British rulers in the former Waziristan Agency and was later extended to other tribal areas that were out of their direct control. This system was distributed to clans and sub-tribes. The system helped the colonial government to control the crime rate in these areas by involving the tribal elders so that they would contribute towards problem-solving instead of trouble-making.

The Levies force, on the other hand, was a regular policing force in FATA and assisted the political administration of the region in dealing with minor crimes. The last government of Pakistan People’s Party (PPP) regularized Levies Force.