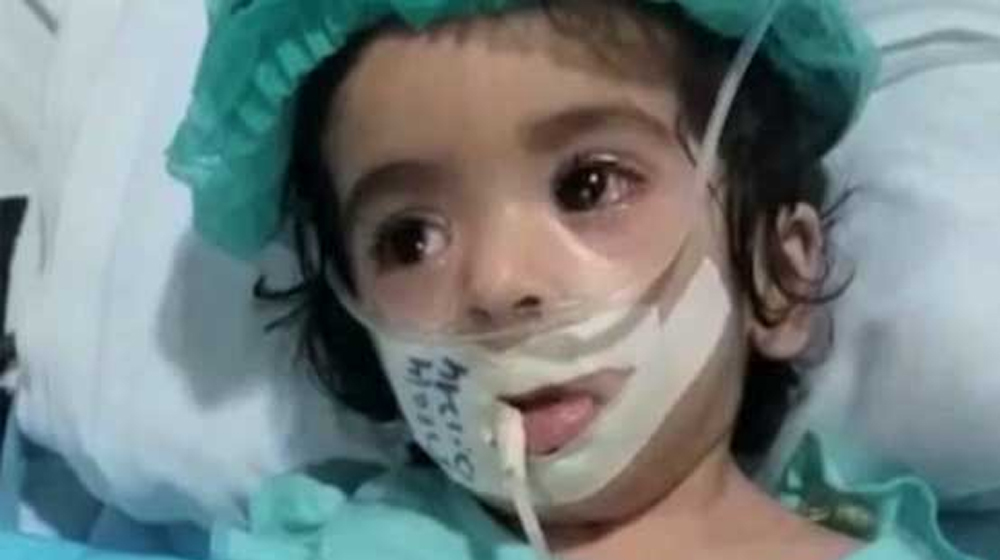 The parents of a nine-month-old girl have filed a negligence complaint against the administration of Karachi’s Darul Sehat Hospital that rendered their child mentally paralyzed.

The parents have demanded strong legal action against the hospital in the complaint registered at Shahrae Faisal Police Station. According to the details, two nine-month-old girls, Nishwa Ali and Amisha Ali, were admitted in the hospital for treatment of diarrhea.

The infants’ condition had improved a day after admission and they were about to be discharged. However, Nishwa’s condition deteriorated after a nursing staff member administered her an injection. Her heartbeat increased abnormally while she also was facing difficulty in breathing.

She was shifted to the hospital’s Intensive Care Unit (ICU) where she was put on a ventilator. The report of the CT scan revealed that Nishwa has become mentally paralyzed.

According to the infant’s father, Qaiser Ali, the reason for the paralysis is an overdose of potassium chloride injected by untrained nursing staff.

He said the injection that requires 24 hours to be dissolved into the body was administered in a single dose. That worsened his daughter’s condition and she was kept on the ventilator for a week at the hospital.

After being removed from the ventilator, the girl was paralyzed. The father has filed a complaint against the hospital administration. He further revealed that the nursing staff member who administered the injection was actually employed only to clean the patients’ beds and seating positions of the admitted patients.

Reportedly, this is not the first incident of its kind at this hospital, as several lives have been destroyed because of negligence.

The hospital administration says that Nishwa was facing gastroenteritis disease. She was instantly administered an injection of potassium chloride. Because of abnormal heartbeat and shortness of breath, she was placed on a ventilator.

The hospital administration has suspended the responsible staff and assured that the hospital will bear all medical expenditures incurred on Nishwa.