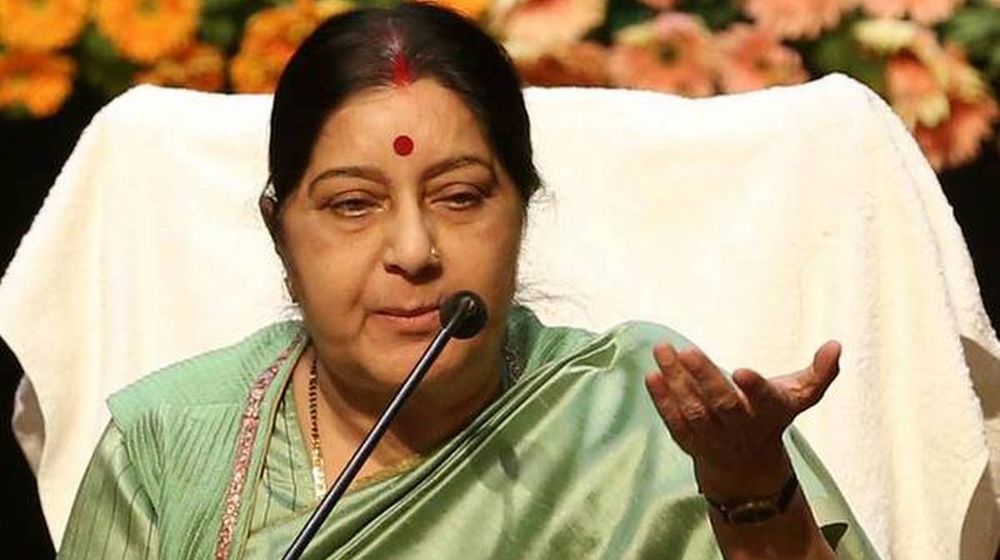 The air around Indian claims of surgical strikes in Pakistan, claiming to have killed more than 300 “terrorists” and citizens, has finally cleared. India’s Minister for External Affairs, Sushma Swaraj, has informed the media that no Pakistani citizen died in the Balakot airstrike which India claimed to carry out in Balakot, Pakistan.

The Army was told to target only the terror camps of the Jaish-e-Mohammad, which had taken the responsibility for the Pulwama attack. And our Army did the same without harming any Pakistani citizen or soldier.

The statement contradicts India’s earlier statements regarding the successful airstrikes to destroy Jaish-e-Mohammad camps. It looks like ISPR’s move to allow international media to visit the sites has worked as all of the leading journalists, including Indians, reported that no damage to property and life occurred in Balakot.

Now, the confirmation from the top authorities further validates DG ISPR, Asif Ghafoor’s statements. It is worth mentioning that the head of the Army’s media wing asked the Indian authorities to stop telling lies about F-16 and surgical strikes in Pakistan.

Finally the truth under ground reality compulsions. Hopefully, so will be about other false Indian claims ie surgical strike 2016, denial of shooting down of 2 IAF jets by PAF and claim about F16. Better late than never.#TruthPrevails#PakistanZindabad https://t.co/Kim8CZTdlJ

Finally the truth under ground reality compulsions. Hopefully, so will be about other false Indian claims ie surgical strike 2016, denial of shooting down of 2 IAF jets by PAF and claim about F16. Better late than never.

The Swaraj’s statements have backlashed as Indian Twitter is now swarming with so many questions around the strikes and Modi government’s lies.

She says: "No #Pakistan Soldier or Citizen Died in #Balakot Air Strike"

If no Pak CITIZENS were killed, who were the 250 terrorists #BJP chief claimed were 'killed'?

Were they all foreign nationals?https://t.co/MkVYkRagkH

Those 350 killed in Modi's Balakot Airstrike were aliens from Mars! https://t.co/SlojjvLhQ4 via @timesofindia

So citizens of which country died then, if any? https://t.co/QOdEOXBx5Z

Modi ji needs to come up with some logical answers.

All he cares for is another term in power.

Her remarks are anti-national, for sure.

When is BJP declaring Sushma Swaraj as anti-national and sending her to Pakistan. https://t.co/Z4BQeXyvRX

Movie to ban he jaegi.

What are your views on the matter? Let us know in the comments section.