Muhammad Zubyr Soomro has been appointed as chairman of Board of Directors of National Bank of Pakistan (NBP).

According to the notification to the Pakistan Stock Exchange, the federal government has made appointments of chairman and directors in the Board of Directors (BoDs) of the National Bank of Pakistan (NBP) for three years. 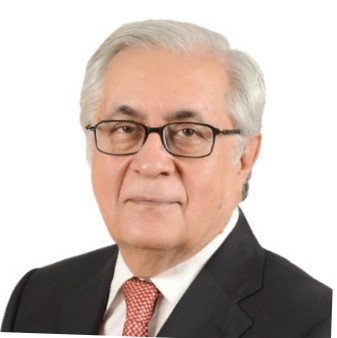 Muhammad Zubyr Soomro has been appointed as chairman of Board of Directors, while Additional Finance Secretary Muhammad Sohail Rajput has been made director government. Toufique Asghar Hussain, Saddaf Abid, Zafar Masood and Imam Buksh Baloch have been appointed as directors.

Board of Directors of the National Bank of Pakistan has been completed with the appointment of chairman and directors.

Zubyr Soomro retired as CEO for Citibank in Pakistan in 2008. He holds 31 years of international banking experience with 28 years at Citibank in various countries.

He has been at the helm of 6 different companies and presently is Chairman for Pakistan Microfinance Investment Co. Ltd. He is also on the board of 7 other companies.

He also worked in Jordan as Regional Head for Iraq, Syria and Jordan; in Saudi Arabia as Head for Contracting and Construction Financing for Citibank’s affiliate, SAMBA; in Turkey as Chief Executive of SAMBA; and in UK, initially as Head for Middle East Africa (UK) and thereafter Emerging Markets (UK) for Citibank’s wealth management business. Soomro sits on various advisory boards including Acumen in Pakistan.

He holds a Bachelor of Science in Economics from the London School of Economics, and a Masters in South Asian Studies, School of Oriental and African Studies, London University.