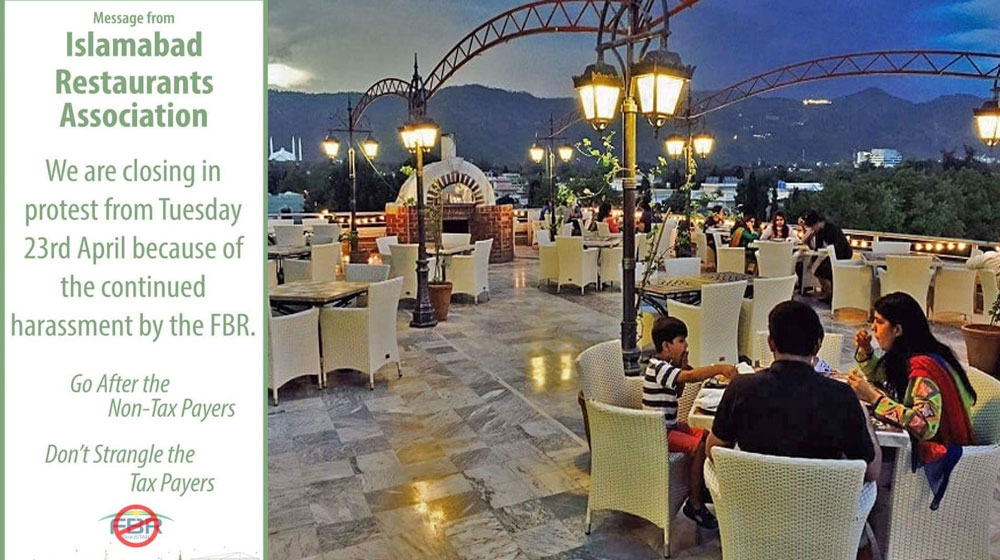 All Islamabad Restaurant Association has announced that all eateries in the federal capital will be closed as a protest against alleged harassment from the Federal Board of Revenue (FBR).

This was announced in a statement released on Saturday.

The association said that they will be closing all the restaurants from Tuesday, April 23rd for an indefinite period of time. 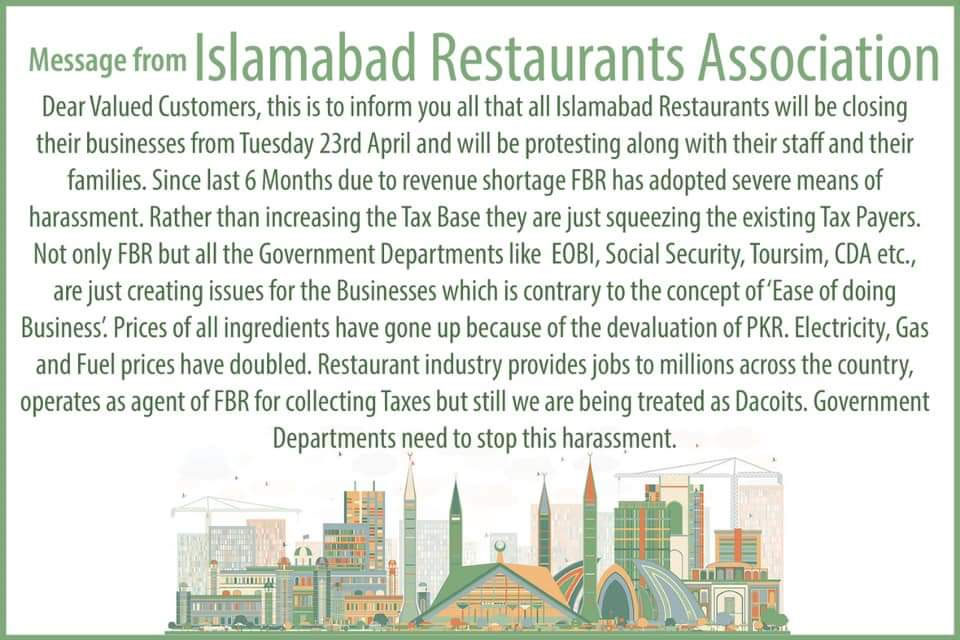 The statement said that all the owners, their staff and their families will stage a protest against the revenue collecting agency.

Since last 6 months, due to the revenue shortage, FBR has adopted severe means of harassment. Rather than increasing the Tax Base, they are just squeezing the existing taxpayers.

The statement further alleged that other government departments such as EOBI, Social Security, Tourism, and CDA, etc. have been creating all sorts of issues for businesses which is contrary to the idea of ‘Ease of Doing Business.’

It said the FBR, instead of launching a crackdown against the non-filers, treating taxpaying businesses as ‘dacoits.’

It warned the government departments in question to ‘stop this harassment’ or they will continue the protest.

Be aware that this is just one side of the story, we don’t have any formal statements from the FBR or the government.