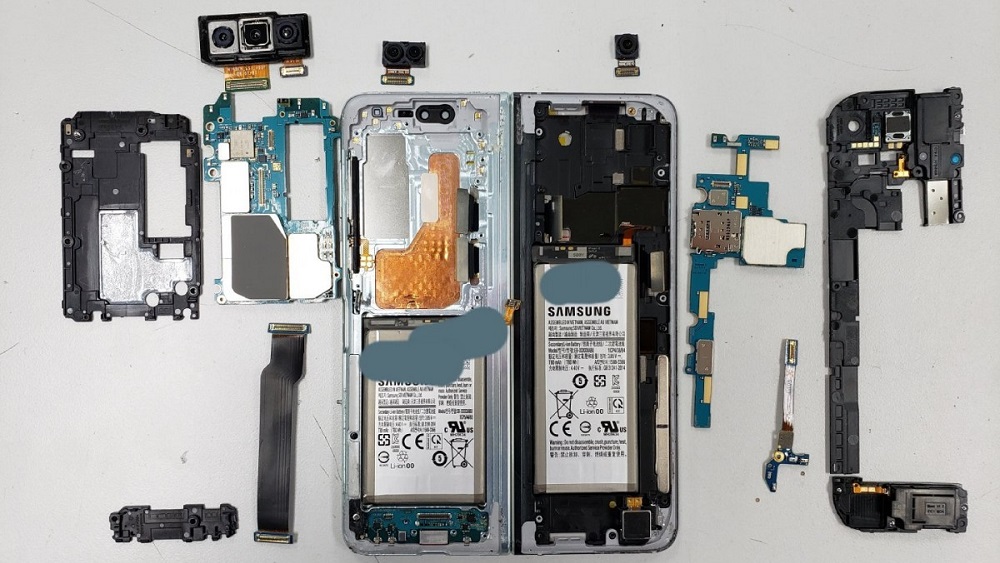 Here’s how the hinge and the foldable display work.

The complicated design of the Samsung Galaxy Fold is no longer a mystery. Pictures of an attempted teardown appeared on the Chinese social media Weibo, showing how the hinge and the display of the phone work.

The fold and unfold mechanism of the smartphone relies on a center hinge that pulls the phone flat when opened and folds it back up with a snap when it is closed.

It consists of several different watch-like gears, and holding the joint together are ribbon-like cables that hold up to thousands of bends (200,000 going by Samsung’s claims). Other elements included within the skeleton of the device are two different batteries for each side (as shown in the main image) and the front and back cameras.

If these components of the hinge fall out of alignment, chances are that the hinge could damage the screen.

The said hinge was redesigned several times during the development process and might just be redesigned again for Galaxy Fold’s successor in the future.

The large internal foldable screen is incredibly easy to remove and reportedly described as “soft like rubber”. Meanwhile, the smaller external screen shattered quite easily during disassembly.

This incredibly complex structure of the hinge and questionable screen integrity might have been the reason behind the breakdown of several review units.

Samsung’s $2,000 phone might just be extremely fragile and prone to breaking, we could just have a massive design failure at our hands like the infamous Galaxy Note 7. We sure hope not.