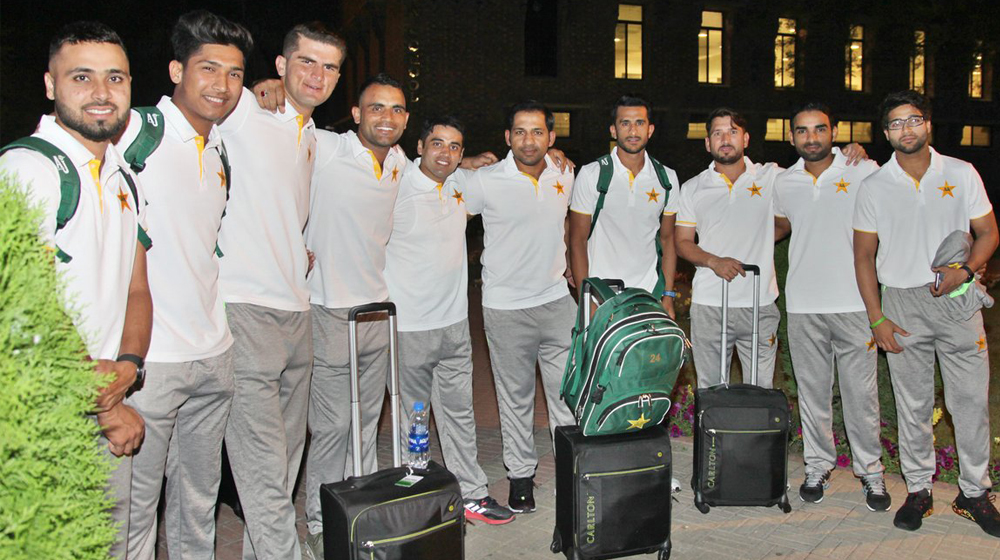 The Pakistan World Cup squad has departed for an upcoming series against England, which will be followed by ICC World Cup starting from 30th May.

The squad took off from London in the early hours of Tuesday and will reach London via Dubai later tonight.

Before the 5 ODIs and a T20I against England, Pakistan are scheduled to play 3 warm-up games.

Pakistan’s first match of the mega-event is against West Indies, which is scheduled for 31st May in Nottingham.

Pakistan's @cricketworldcup-bound squad off to the UK. The spirit, the unity, the desire, one for all, all for one! #WeHaveWeWill pic.twitter.com/Qb4UqF5jOB

In the last press conference in Pakistan before the World Cup, Sarfraz Ahmed and Mickey Arthur talked to media and reassured that they have picked a multi-dimensional squad.

Look, when we go as favourites, then it is a problem, but if we go as underdogs then other teams feel the danger, so I think being underdogs is good for us and eases the pressure.

It is worth mentioning that Pakistan named Muhammad Amir and Asif Ali as two additional players apart from the 15 member World Cup squad.

The final squad for the World Cup has to be announced before the deadline of 23rd May.