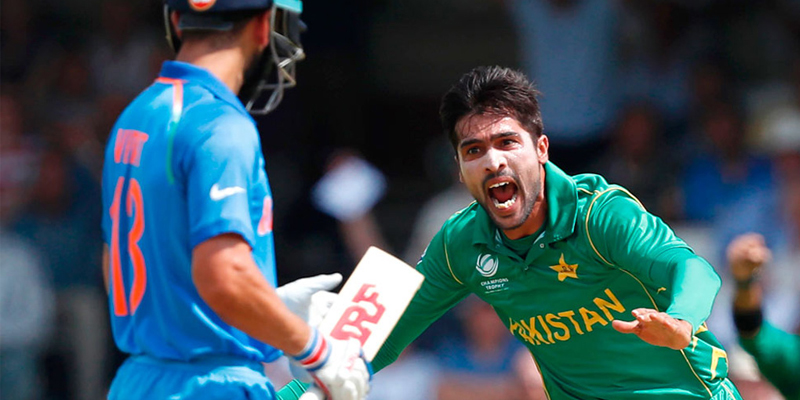 He’s been brilliant in the last couple of weeks and he will have opportunities in England to show us he still deserves a spot.

The left-arm pacer, who has managed only 5 wickets in 101 overs since bagging 3-16 in a win against India in the final of ICC Champions Trophy 2017, was left out of Pakistan’s provisional 15-man group for the World Cup.

Despite that, Amir has been included in the 17-man squad for the ODIs against England, which are scheduled to begin from 8th May at The Oval.

Yasir Shah is another candidate who missed out on selection due to his poor performances with the white ball. However, he has also been included in the squad and replaced the ill Shadab Khan.

He is running well and his attitude has been outstanding. He’s been brilliant in the last couple of weeks and he will have opportunities in England to show us he still deserves a spot in the World Cup squad.

We will try to provide him an opportunity in England so he can perform. It will be a good competition amongst our pacers. We have taken six fast bowlers, so we can rotate and not put any of them under pressure.

Pakistan require a specialist wrist-spinner for the World Cup and Shadab Khan has been identified as the candidate who will take up the responsibility of spinning the opposition back to pavilion.

However, Mickey said that they want to select a multi-dimensional squad which can offer different variety to the captain based on conditions.