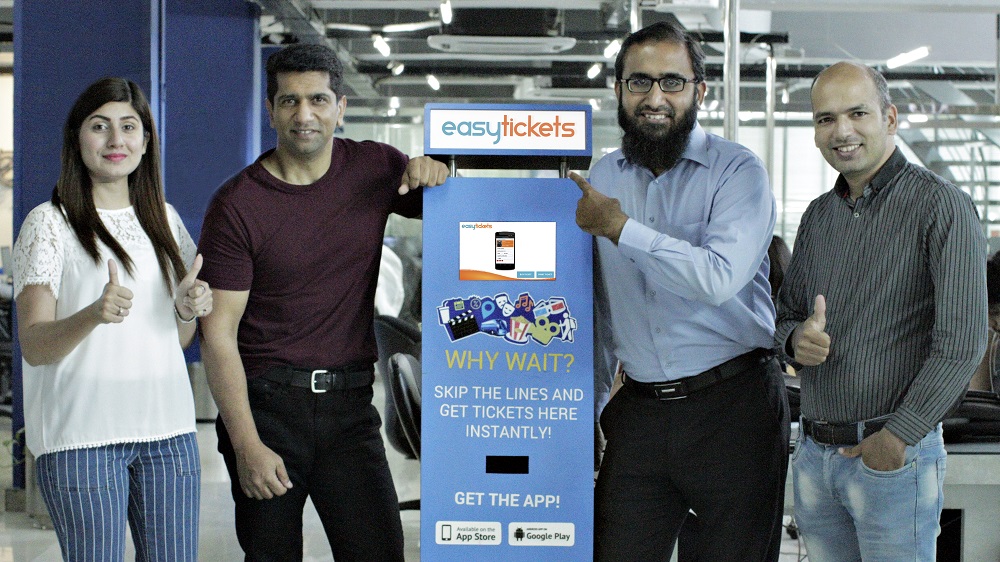 EasyTickets, Pakistan’s top ticketing platform, announced today that it has already clocked over 8,000 digital tickets sales for Avengers: Endgame before the movie’s release in Pakistan. Several cinemas reported outages due to the high load on their ticketing servers.

The sale of 8,000 digital tickets is a dramatic increase from the 400 tickets sold by EasyTickets one year ago, before the launch of the movie’s predecessor, Avengers: Infinity War. While EasyTickets reported 20 times higher online pre-sales for Avengers Endgame compared to Avengers Infinity War, leading ticketing platforms Atom Tickets and Fandango reported a corresponding 3 times increase in the US market.

E-commerce transactions have been rapidly climbing in Pakistan with an increase in Internet-enabled smartphones. Approximately 65% of the adults in Pakistan have Internet-connected Mobile Phones and are quickly traversing a behavioral change by shopping online. This has been further accelerated by the penetration of mobile wallets and payment methods such as SimSim, EasyPaisa, and JazzCash.

After Uber’s whopping $3.1 billion recent acquisition of Careem, Uber’s CEO Dara Khosrowshahi said in an email to his staff,

Now Pakistan is one of our fastest growing markets in the world.

We are all big Avenger fans and decided to go watch it together. As we argued about who would go pick up the tickets, someone suggested using EasyTickets and buying them online. We are all now big EasyTickets fans as well.

All tickets purchased on EasyTickets are digitally paid for and digitally delivered with no courier or cash-on-delivery delays. A QR code based e-ticket is displayed in the EasyTickets mobile app and also sent via email and SMS to customers.

EasyTickets has grown beyond expectations to become the #1 ticketing platform in Pakistan. We sold over half a million tickets during the last 12 months with a current run-rate of 2,500 paperless digital tickets a day.

EasyTickets decided from inception that it would only achieve the scale and unit economics desired by going cashless and delivering tickets electronically. This has allowed the platform to scale very quickly with just four full-time employees compared to dozens employed by its competitors.

To do this it had to innovate and upgrade the capability of its cinema partners. EasyTickets pioneered online ticket sales by helping configure and connect cinema ticketing software to the Internet for the first time in Pakistan for its first partner, Cinepax in 2015. The results of that effort have certainly paid off.

We are thrilled to have joined forces with EasyTickets as our digital ticketing partner and have smashed records in the advance sales of Avengers: Endgame. When launching the biggest movie of the year, Cinepax will do whatever it takes to have this ace team by our side.

After connecting cinemas online, the next problem EasyTickets encountered was payments. “We decided that COD was not viable and would eat up too much of our already thin margins. And we didn’t want to manage delivery riders and rack up customer complaints due to botched cash pickups,” explained Rahman.

So, EasyTickets helped develop APIs with Habib Bank for customers to directly transfer money out of their accounts to pay for tickets in the EasyTickets app.

A one-click buy button was also added for payments through the SimSim mobile wallet, also co-founded by Rahman with partners Qasif Shahid, Umer Munwar and Finca Microfinance Bank. Several banks and payment partners went on to embed EasyTickets directly into their payment platforms including HBL, Allied Bank, Silk Bank, SimSim and several others underway. This helped multiply distribution for tickets being sold by EasyTickets through partner banks.

With Pakistan’s cinema industry taking a hit recently after massive investment in world-class screens and declining ticket sales due to the Bollywood ban, the record ticket sales for Avengers: Endgame is indeed a breath of fresh air. Cinemas are hoping to recoup losses from the past several months due to low occupancy rates through the windfall from Avengers.

The success of online sales will certainly help the industry re-invent itself and increase efficiency. Following the “Made in Pakistan” mantra, EasyTickets developed an electronic ticketing kiosk completely in-house which speeds up the entry of customers into theaters and reduces the workload of ticketing counter staff.

EasyTickets has improved the ticket purchasing experience for CineStar not only through delivering record ticket sales online but also through digital kiosks in our cinemas that let moviegoers skip the counter and go directly to their show.

While several well-established cinemas went through painful technology upgradation to embrace e-ticketing, newer cinemas have launched with digital operations from day one. Odeon Cineplex, a 3D multiplex with the largest screen in Rawalpindi and 4K projectors partnered with EasyTickets early in its journey.

“Partnering with EasyTickets has enabled us to reach out to cinema-lovers like never before. The convenience and security provided by the app have resulted in it being our largest ticketing partner by a long shot. Having sold out all of our opening weekend shows with the help of EasyTickets, we expect to break more records in the coming week”, said Saad Sharif, Chief Consultant at Odeon.

The e-ticketing wave has spilled over into other ticketing segments as well such as bus tickets and events. EasyTickets is the first integration partner and the largest third-party seller of online tickets for Daewoo.

However, most bus providers were largely using homegrown software that was not equipped to handle online transactions. EasyTickets developed fully functional bus fleet management software for bus providers in order to integrate with them

. The advantage was that the software, initially deployed for Skyways Bus, is optimized for online transactions and built with the Pakistani adda market in mind requiring very low bandwidth. Cloud-hosted and accessible through any web browser, the software uses the same real-time messaging technology used in chat software for instant messaging. It is an example of Pakistani innovation built by Pakistani companies for the Pakistani market.

“Pakistan is leapfrogging many developed markets in mobile payments and optimizing online use cases in an inhospitable offline environment”, said Monis Rahman.

Pakistan’s cinema industry has all the ingredients for success: World-class screens in all major cities, highly talented actors and producers and a large increasingly digital savvy population hungry for content. However, local movies must be produced on a large scale so our cinemas are not reliant on Bollywood content for viability. This will take bold and visionary investment by industry stakeholders.

There is one thing stronger than all of the armies in the world. And this is an idea whose time has come. Thank you EasyTickets for making it happen!

Download the EasyTickets app and get Rs. 100 on your next purchase of movie, bus or event tickets using the promo code MADEINPK.