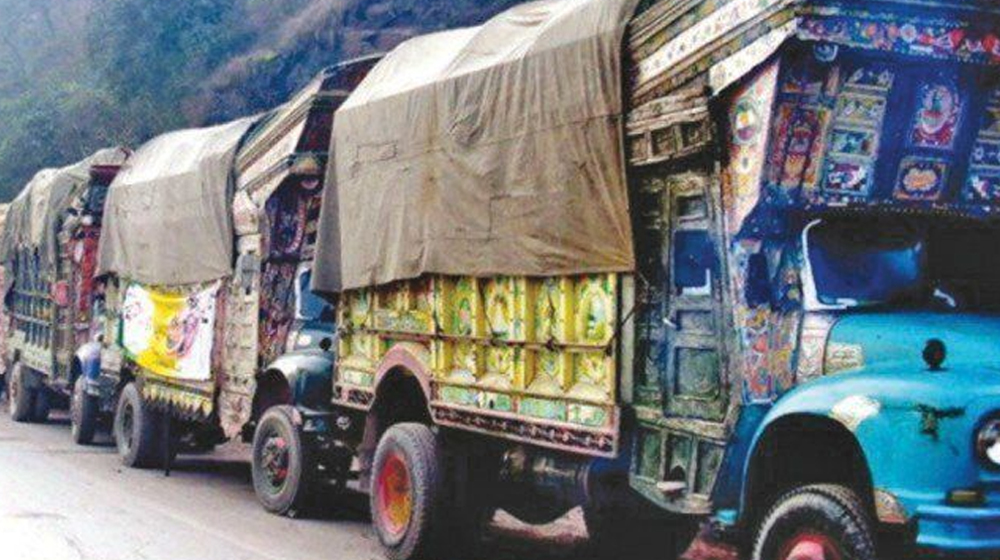 All Khyber Pakhtunkhwa Goods Transport (AKPGT) and Adda Owners Federation (AOF) have threatened to call a countrywide strike after Ramzan if the government does not withdraw its decision to increase petrol and diesel prices.

The representatives of both organizations made the announcement in a press conference. They said that it is impossible for them to continue the transport business in the current scenario.

The chairman said that the price of diesel per liter has reached Rs. 120. The transporters have to pay Rs. 300 to Rs. 500 at every stop from Wazirabad Gujranwala, Muridkay, Kamoke, and Lahore. The officials usually increase the fines up to Rs.1000 if the drivers argue with them over the charges.

The chairman further said that the Motorway Policy is imposing heavy fines on the transporters even when they are carrying the allowed weight on the way from Sanjani, Attock, Kamoki, and GT road.

He further told that the traffic wardens of Punjab issue them tickets even when they have proper documents. The representative of the transporters said that the permit fee in KP is Rs. 16,000 while it is Rs. 5,000 in Punjab.

This unjust fee has forced the transporters to get a permit from Punjab instead of KP and this is causing billions of rupees in losses to KP,” he said.