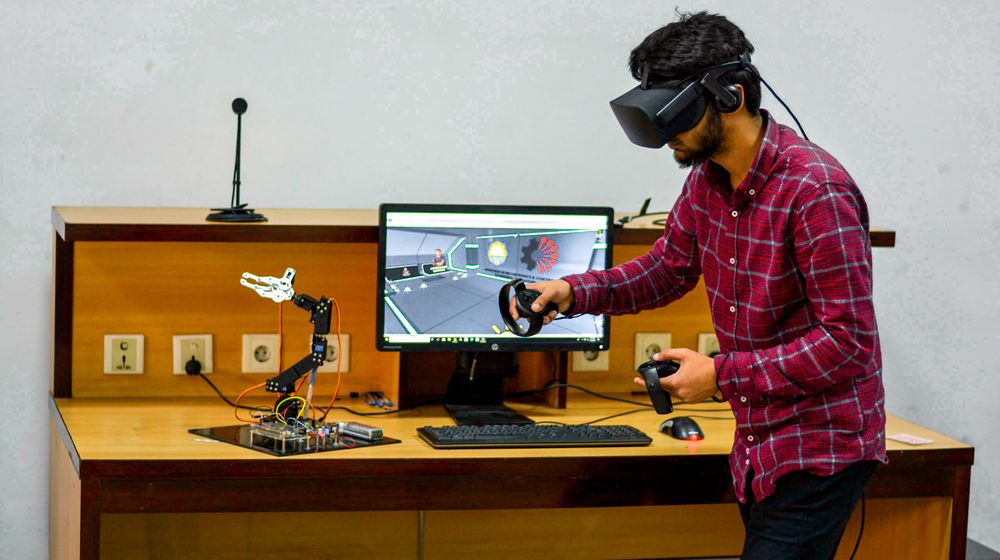 Pakistan is lagging far behind in robotics and automation across different sectors, however, a group of students from the University of Engineering and Technology (UET), Lahore have developed an advanced telerobotics system that could increase the use of robotics in local industries.

The system developed as part of the Final Year Project uses robotic manipulators for path planning and reconfiguring the path of robots in case of assembly changes. Robots make repetitive tasks much easier but if the system requires any changes, modifying the patterns is a hard job and requires specialist services.

The system developed by these students comprises of a robotic manipulator, a virtual reality headset, a machine vision system and a processing unit.

The system makes use of Virtual Reality techniques for the training of robotic manipulators, which is otherwise a hectic and long process.

Project Supervisor, Ahsan Naeem says that the concept of telepresence is used to train the physical robots through a virtual robot.

The objective is to interact with the robot in a virtual environment through a handheld controller. The movement of the handheld controller is captured through motion capture system. The real physical robot will follow the same path as of the virtual robot.

Teleoperation offers the users with an interactive virtual workspace which provides a real-world feel of the hardware. The movement of robot links and joints has been made possible by using forward and reverse kinematics and Unity’s physics engine. 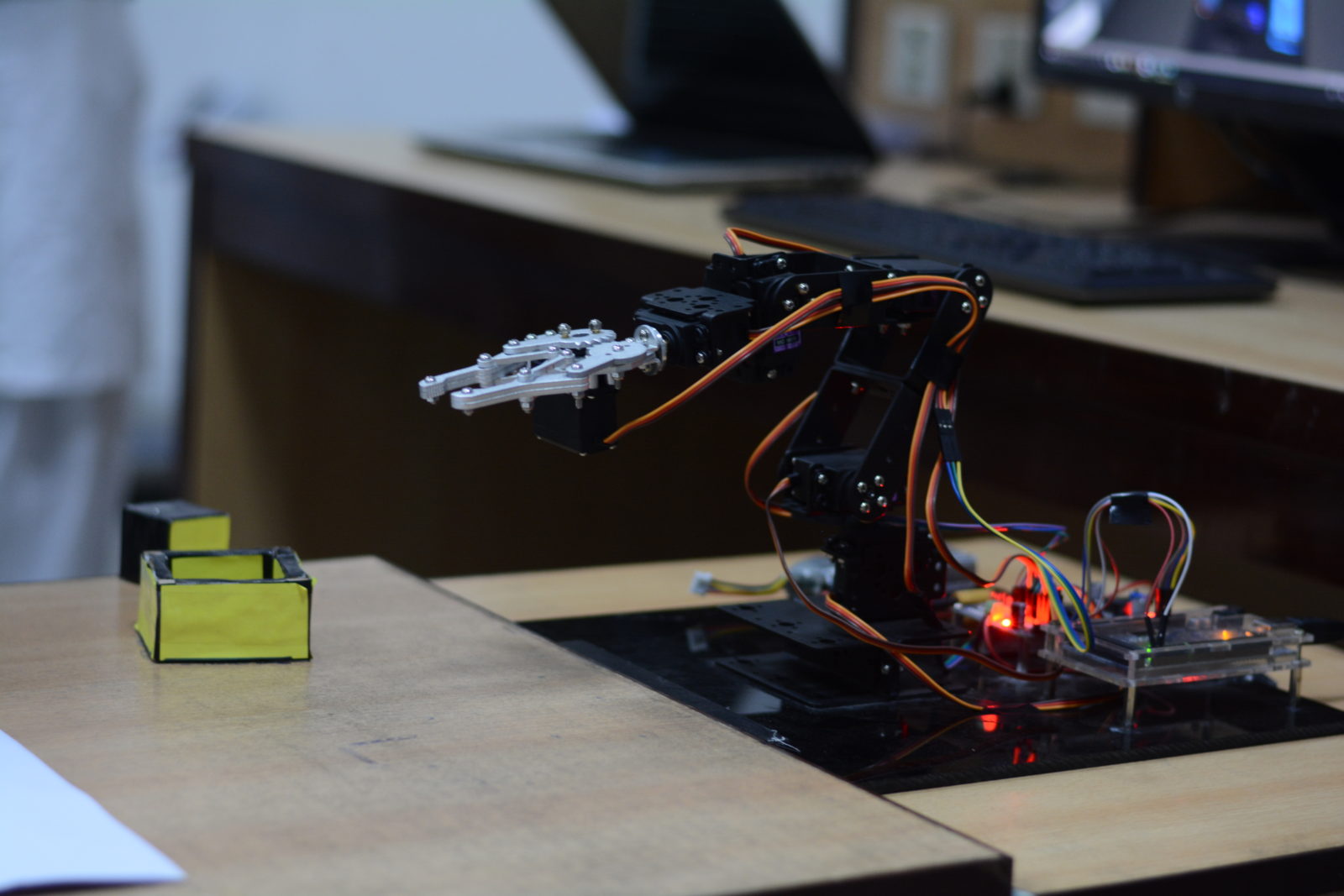 What it does is the VR bot mimics the movements of the virtual bot in real time. The system is back-end programmed in such a way that anyone can program the bot to follow a specified path and perform the assigned tasks.

The students claim that this is the first Telerobotics system in the country and is aimed at promoting automation adoption among small and medium-sized manufacturers in Pakistan, like the first-world countries.