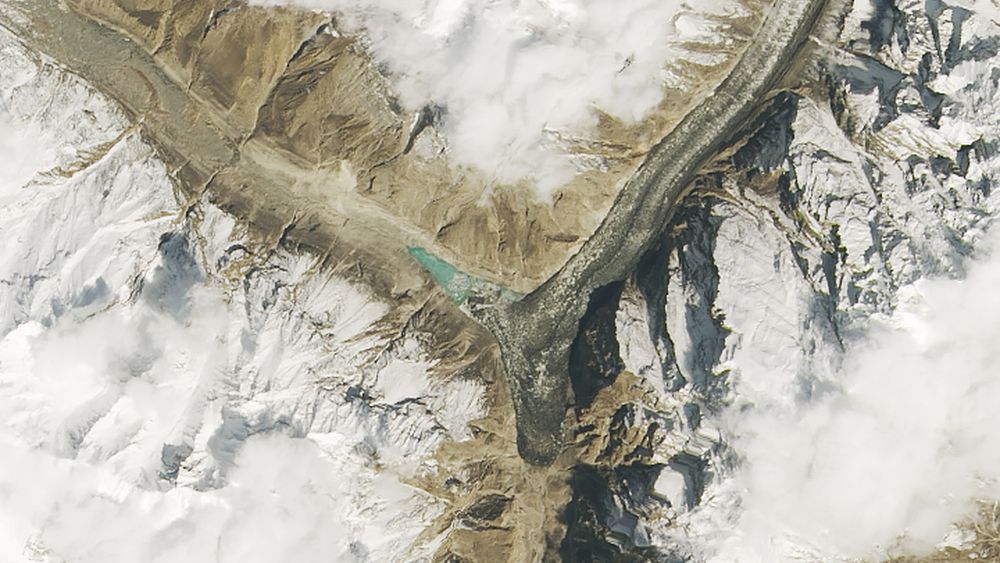 In Northern Pakistan, a surging glacier has formed a new lake according to images taken by NASA’s Landsat 8 satellite. The lake is being observed by the concerned officials due to the potential danger of flooding.

According to NASA, about 200 glaciers in the Karakoram range are bucking the trend seen in the Himalayan glaciers that are shrinking while the ones in the Karakoram are going the other way. These glaciers go through periods where they start flowing faster than normal. 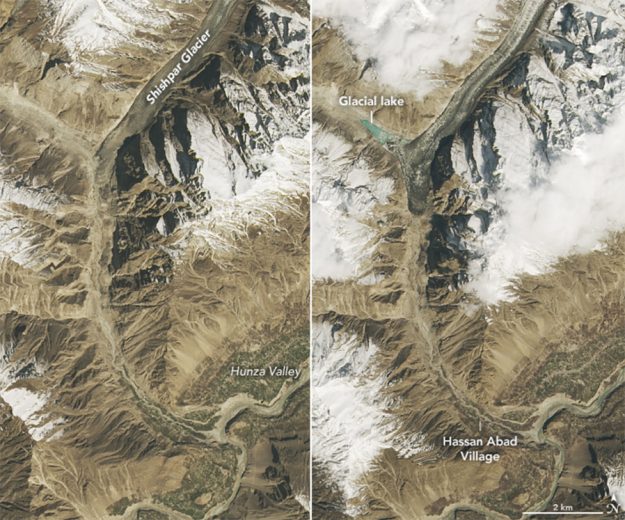 Surging glaciers at peak speed can expand by several meters in a day, speedy enough to cover streams, destroy trees and affect infrastructure. This can last from a few months to several years and afterwards, they can see a period of dormancy for a decade or longer.

The current surging glacier is near the base of Mount Shishpar, a 24,970-foot high mountain in Pakistan. Earlier last year, the glacier started to surge, moving as much as 43 to 59 feet per day and since then, the front of the glacier has moved by 1 kilometer. As it moved south past a neighboring valley, it stopped a meltwater stream from Muchuhar Glacier. By autumn last year, the water had combined to form a sizable lake.

The ground near Shishpar is being surveyed and satellite imagery is being analyzed by scientists because the lake’s ice dams could be destroyed or the lake could spillover, leading to a devastating flood.

In case this happens, a number of things will be badly affected including, the Karakoram Highway, a nearby village, irrigation channels, and two power plants. 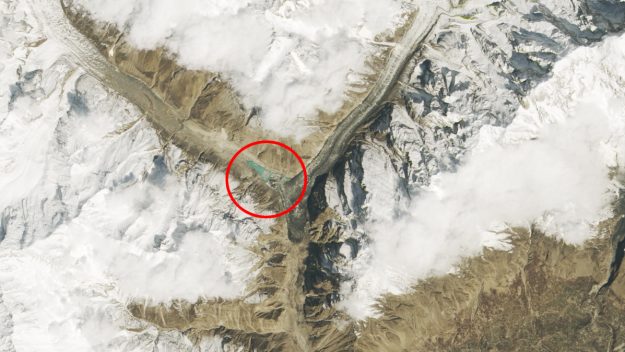 There have already been problems caused by the surge in the glacier including a nearby power station that went dark due to a lack of incoming water and a crucial pathway has become inaccessible – a route used by miners and cattle that used it to cross the glacier safely.