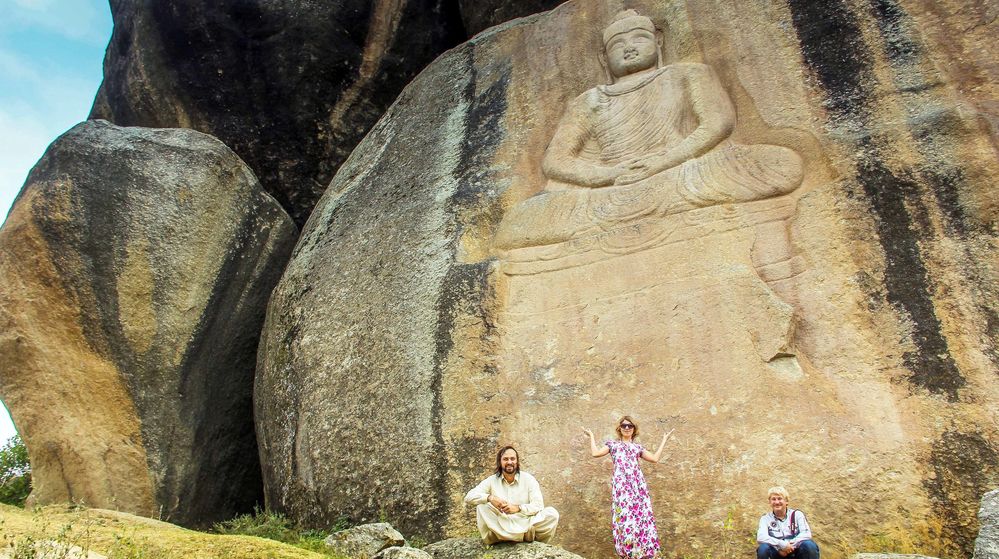 The government is working to develop a Buddhist trail by exploring religious sites in Khyber Pakhtunkhwa and Punjab in order to attract the followers of Buddhism and monks from across the globe.

This was disclosed by Zulfikar Bukhari, who has recently taken charge as the Chairman of Pakistan Tourism Development Cooperation (PTDC).

The initiative is being taken by the government as part of its plan to market religious tourism by introducing its rich Buddhist heritage to the world. The trail would start from Swabi and Swat, and culminate at Taxila, which had numerous Buddhist sites.

“We will start by focusing Buddhist sites in Khyber Pakhtunkhwa and gradually move down to Punjab, Sindh, and Balochistan where numerous ancient sites of various religions are located,” he said while reiterating the government’s resolve to explore the untapped potential in the tourism industry.

Sacred places of other religions, including Sikhism and Hinduism, are also scattered all over Pakistan and the PTDC is planning to provide facilities there to attract their followers not only from across the country but also from abroad, he added.

He said the students and academia would be engaged to formulate a policy and help the government promote tourism, as a collective resolve and efforts are required for this purpose.

They would also help the government demonstrate its interest in preserving and showcasing its non-Islamic heritage, besides projecting a soft pluralistic image of Pakistan internationally, he added.

Zulfikar Bukhari said that everyone in the country could practice his religion freely as per the vision of Pakistan’s forefathers and that of the prime minister, who was a strong proponent to make the country a welfare state on the pattern of the State of Madina.

He said that tourism contributes around 10 percent in Gross Domestic Product (GDP) globally but unfortunately, in Pakistan, only 2.9% of this highly profitable industry is included in the GDP.

Under the leadership of Prime Minister Imran Khan, he said, the PTDC aims to increase tourism’s share to 10 percent of GDP which would help the industry add over Rs. 20 billion in the national kitty.

Various areas in Pakistan like Taxila, Takht -i- Bahi, Mardan, Peshawar, and Lahore are home to some of the rarest Buddhist relics. Pakistan has been the cradle of Buddhist art and culture since time immemorial.