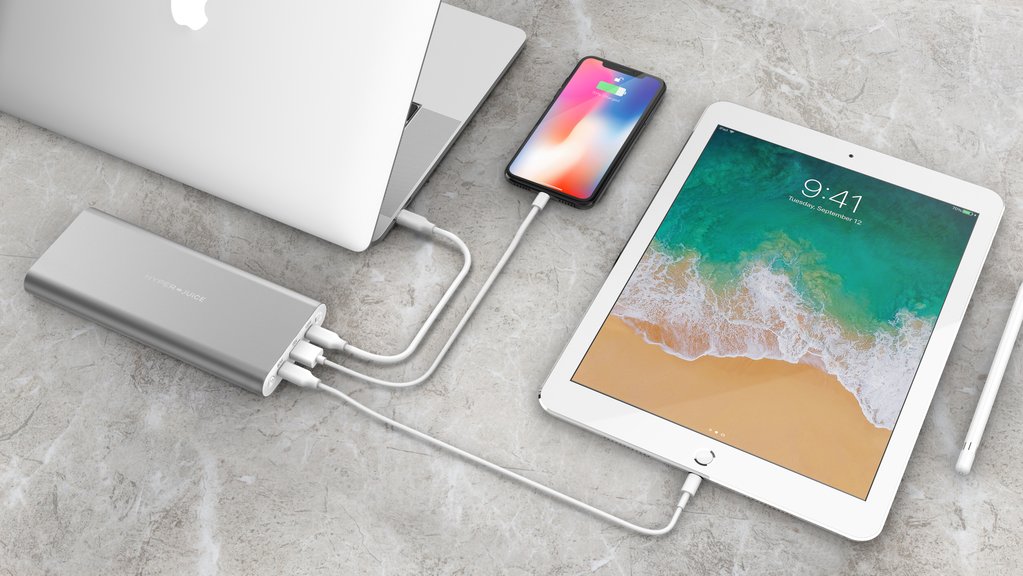 And it’s not too big either.

Hyper has just launched what’s going to be the world’s most powerful power bank.

Known as HyperJuice, the company says that it is the first power bank to support 100W power output with USB-C Power Delivery 3.0. This makes HyperJuice the fastest portable charger.

You can charge up to three devices with it thanks to two USB Type-C ports and a standard USB port. The USB ports have different power outputs each. The two Type C ports support 100W and 60W output, while the standard USB port has an 18W output.

The power bank can be charged in under an hour using a 112w power adopter, which is included in the box. However, if you have a 6oW charger instead, it’ll take around 1.7 hours to fully charge.

HyperJuice also boasts a huge capacity, coming at a whopping 27,000mAh. Thanks to this, the company says that it can fully charge the Apple MacBook Pro. And since Smartphones batteries average between 3500-5000mAh, you can charge up at least 7 smartphones to the max.

It is available in Silver and Deep Gray colors and is going for $250 right now on the company’s official website.