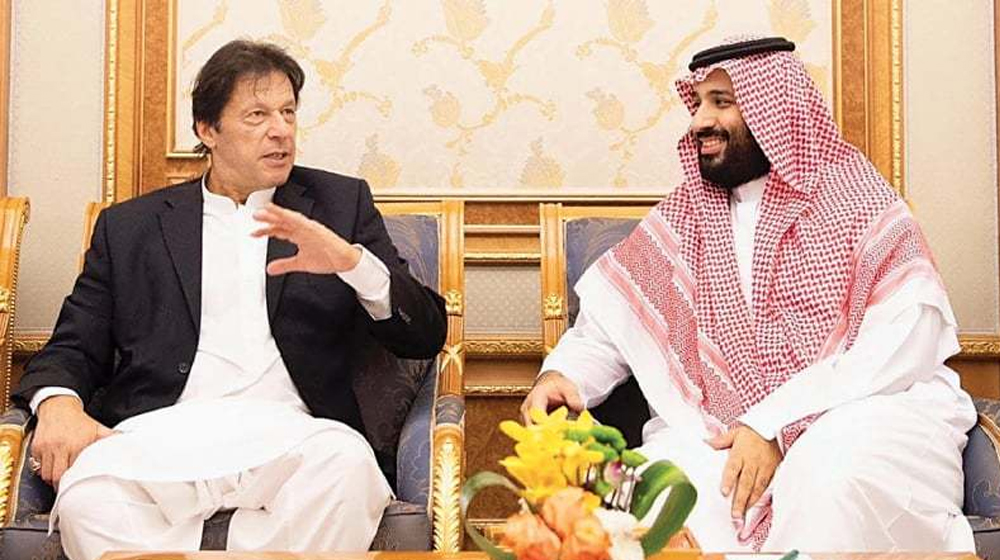 Saudi Arabia will extend a $3.2 billion deferred payment facility with Pakistan for petroleum products from the start of July, PM’s Adviser on Finance Dr Abdul Hafeez Shaikh said on Wednesday.

The facility will be worth $275 million per month and will amount to $3.2 billion per year for a period of three years, the finance adviser said.

In February 2019, Pakistan and Saudi Arabia signed an agreement for the oil facility on deferred payment up to $3 billion and allowing Islamabad some breathing space of $250 million on account of import of oil on monthly basis.

The announcement was made by Adviser to Prime Minister on Finance Dr Abdul Hafeez Shaikh through his newly created Twitter account @a_hafeezshaikh.

1/. Would like to Thank The Crown Prince of Saudi Arabia, His Highness Muhammad Bin Salman for his continuous support for the people of Pakistan.

In a message posted on the social media website, Adviser to the Prime Minister on Finance thanked the Crown Prince of Saudi Arabia, Mohammad Bin Salman, for his continuous support for the people of Pakistan.

The Advisor said that the oil supply from Saudi Arabia will improve the balance of payments. Previously, Saudi Arabia had agreed to a Pakistani request in October last year to provide a $6 billion bailout — $3 billion in safe deposit of the State Bank of Pakistan and $3 billion in oil supplies on credit.

The $3 billion cash had been transferred to the SBP account in three equal monthly installments, but the oil facility could not be formally activated due to various procedural and regulatory issues.

The Emirates has already sent $2 billion in cash to Pakistan while another $1 billion is yet to come.