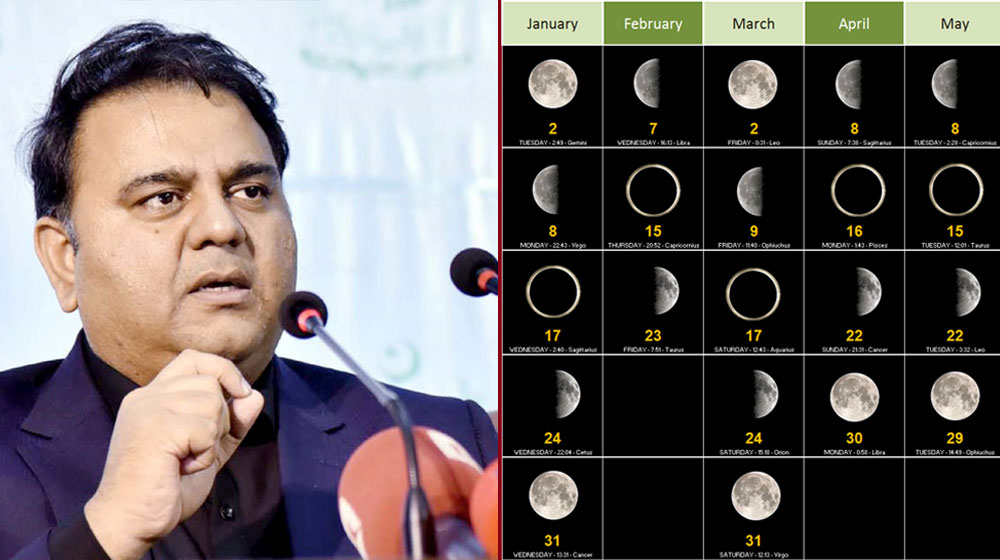 The launch ceremony took place at Pakistan Council of Scientific and Industrial Research (PCSIR) on Sunday.

Addressing a press conference, the minister announced that according to the lunar calendar, Eid-ul-Fitr 2019 will be celebrated on Wednesday, June 5, while Eid-ul-Azha will fall on August 12.

Chaudhry also notified the dates for Eid celebrations for the next 5 years.

He lauded his team of experts who prepared the calendar, stating that it included important dates for five years (from 2019 to 2023).

The website named, ‘Moon Sighting Pakistan’ not only contains a day-to-day five-year Islamic calendar next to the dates from Georgian calendar but it also lets you check the position of the moon.

The website contains scientifically determined dates for all major Islamic festivals/days for the ongoing and coming years. 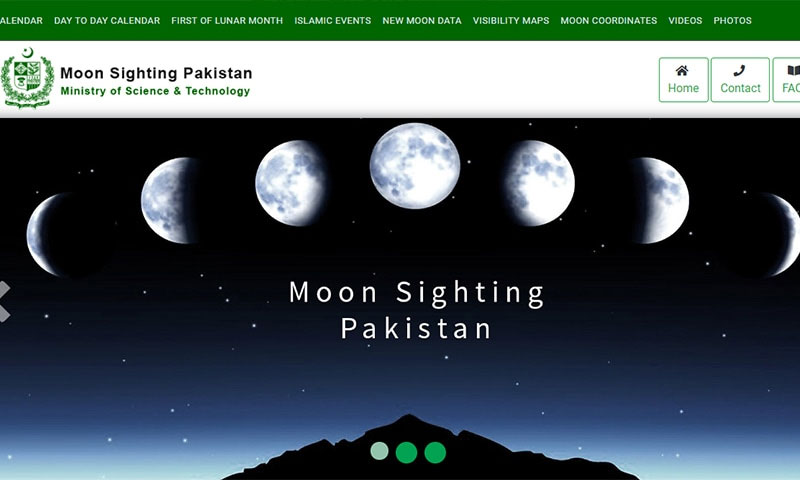 “The online portal (both website and mobile App) will bring an end to the moon sighting controversies and duplication of Ramadan and Eidain for good,” he said.

The minister refuted the notion that the initiative was meant to diminish the roles of Ulemas, saying that their expertise will be needed in other aspects of life.

He urged on the use of technology for moon sighting and noted that the application would be available on Google Play Store from Monday (today).

“Through this application, the moon’s position over eight strategic locations would be mapped,” Fawad added.

The minister also mentioned that the proposal has been forwarded to the Council of Islamic Ideology and it would also be tabled before the federal cabinet on Tuesday.

He also declared August as the official Science and Technology Month.