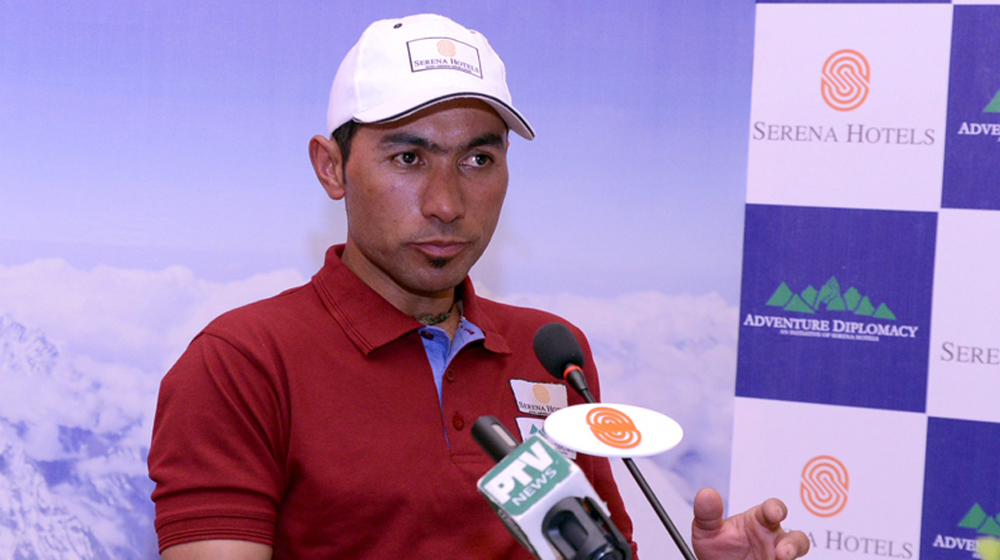 Serena Hotels sponsored the expedition under its Adventure Diplomacy Initiative. Sirbaz completed the summit on May 14 at 9:47 am. “For the first time, a Pakistani climber has been able to do this,” he said at a press conference held by Serena Hotels.

According to him, there were 12 climbers in the team, but for the first time, a Pakistani climber has accomplished this feat. His team has been the first to scale Lhotse this year and they opened it for all other climbers by fixing ropes on the mountain.

He said that Samina Baig is the first Pakistani and first Muslim woman to mount the highest peaks in all seven continents.

“It is a great privilege for us to support Sirbaz Khan on his expedition. We, the Serena Hotels, have been supporting talents to promote adventure tourism and try to bring diverse experiences to our community through various initiatives,” he said.