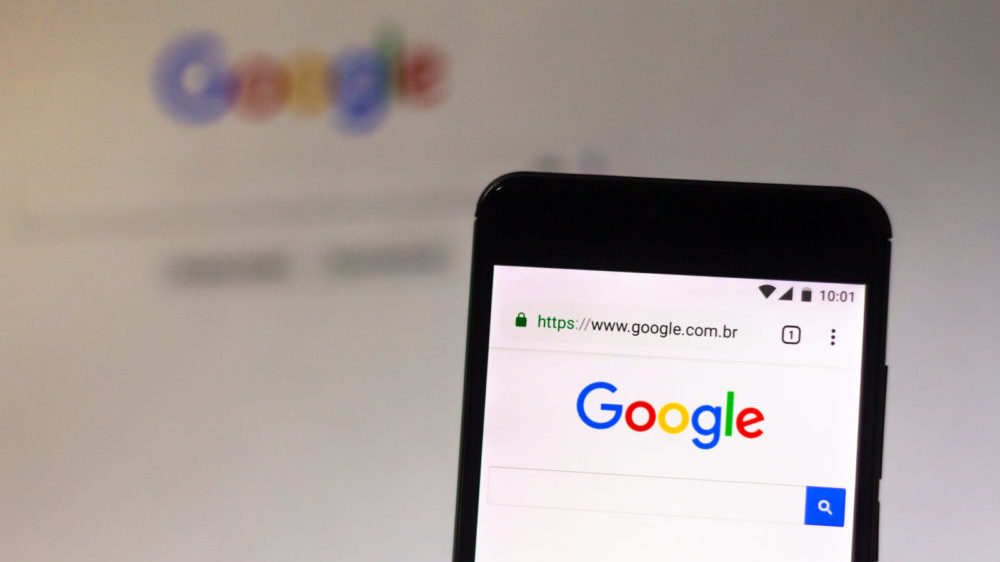 It’s rare for Google services to be down.

One of the biggest servers on the web is hosted by Google, so whenever there is a minor inconvenience, many users face a lot of trouble. Something like this happened a few days ago when Google’s consumer-facing services including YouTube, Search, Nest, Gmail and more faced an outage for 3 hours or so.

The outage occurred in Eastern USA around 3 PM local time and continued till 7:30 PM local time. In addition to the above-mentioned services, Calendar, Hangouts, Keep, Tasks, and Voice was also affected. The issue seems to have been resolved but some of the users were not pleased with what they had to go through.

According to Google’s status pages Google’s cloud service and Compute engine were reporting issues which is why most of the users could not access the consumer-facing services.

Most of the users took it to twitter to bash Google: 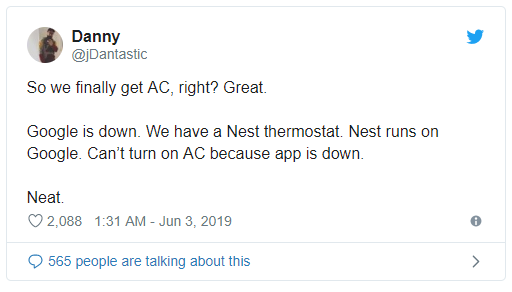 The problem is largely resolved now and all the services are back online. In an interview with The Verge, Google blamed the network congestion in the area and said,

We continue to experience high levels of network congestion in the eastern USA, affecting multiple services in Google Cloud, G Suite, and YouTube, Users may see slow performance or intermittent errors, Our engineering teams have completed the first phase of their mitigation work and are currently implementing the second phase, after which we expect to return to normal service.

At the time of issue, Google did not give a timeframe for when the services will go back online. Most of the eastern half of the USA was affected along with some areas on the west coast. 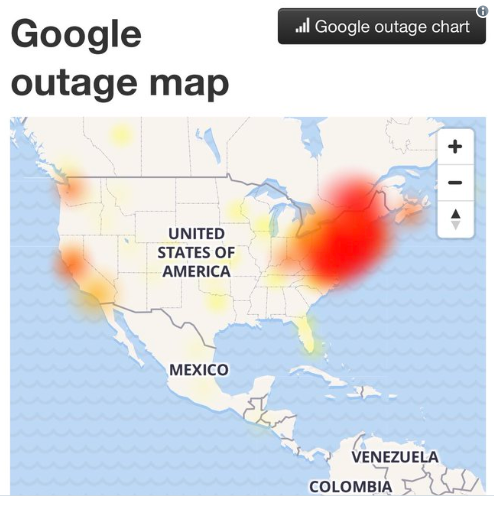