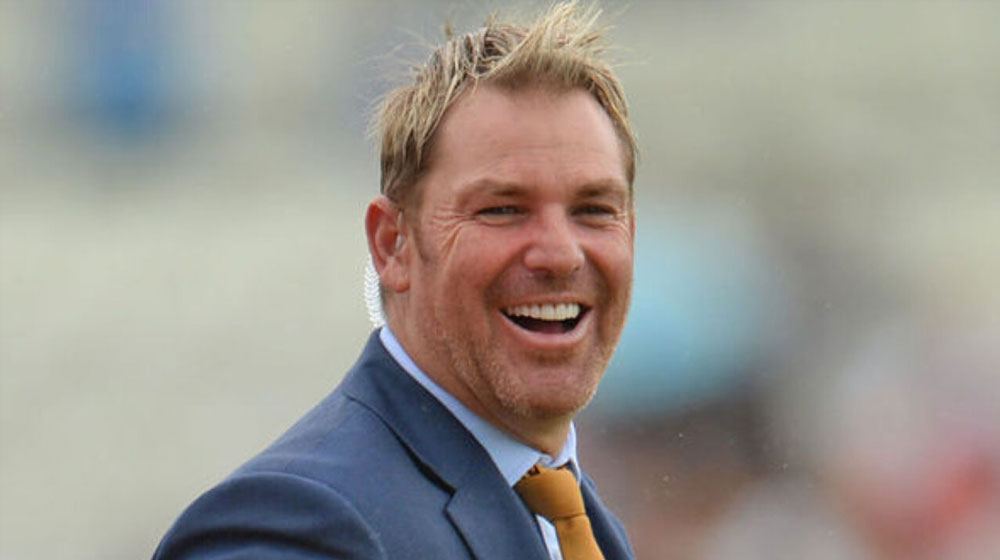 Legendary Australian spinner Shane Warne has picked his all-time World Cup XI from the players he played with or against during his 15-year-long career.

Warne made his pick at Salaam Cricket 2019 at Lord’s on Sunday and drafted former Pakistan skippers Wasim Akram and Shahid Afridi in his dream team.

The leggie also included Sachin Tendulkar as an opening batsman alongside Adam Gilchrist.

Warne picked his teammate and World Cup-winning captain Ricky Ponting to lead the side and bat at No. 3, and Brian Lara, Mark Waugh, and Kumar Sangakkara, down the order.

“It’s a pretty good top-four. No.5 wasn’t as clear-cut as the top-four. I wanted an all-rounder at No.5, and I went with Mark Waugh because he was the greatest all-around cricketer I played with.

“For No.6, I wanted a left-hander, and I went with Kumar Sangakkara. If you wanted to change it up, he could go up the order. If something happened to the wicketkeeper, Sangakkara could keep wickets.”

The 49-year-old also chose Shahid Afridi and Muttiah Muralitharan to handle the spin department while Wasim Akram, Andrew Flintoff, and Glen McGrath make up the pace department in his dream XI.

“Andrew Flintoff can bowl a good yorker, and he has excellent hitting capabilities. I thought of Andrew Symonds but went with Flintoff at the end.

“Shahid Afridi’s bowling was underrated, and his fielding was good. Akram at No, 9 is a good fielder and could smash it out of the park. At No.11, there would be so many options, but I ended up going with my mate.”