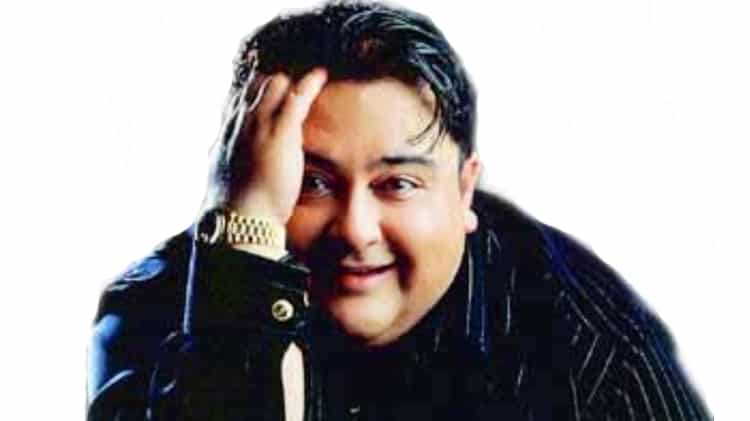 Indian singer Adnan Sami’s Twitter account has been hacked and the hackers are having a ball at his turf.

The singer has always remained a subject of trolls in Pakistan, mainly for making snarky comments about the country. This time, somebody else has decided to take revenge on behalf of Pakistanis. A hacker group, Ayyildiz Tim that claims to be Turkish, has hacked the singer’s account.

The hackers have replaced Adnan Sami’s profile picture with a photo of Pakistani Prime Minister Imran Khan along with adding “love Pakistan” and an emoji of the Turkish flag in the bio.

The hackers have pinned a tweet, clearly stating their objective. The tweet says, “Whoever shows the courage to betrayal our brother country Pakistan know that you will see Pakistan’s prime ministers photo and Pakistan flag as a profile picture.” 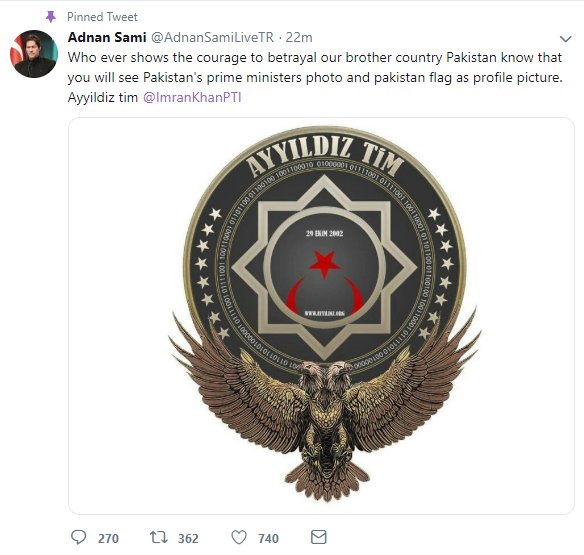 They have even expressed the desire to have a cup of tea with the Pakistani Prime Minister. 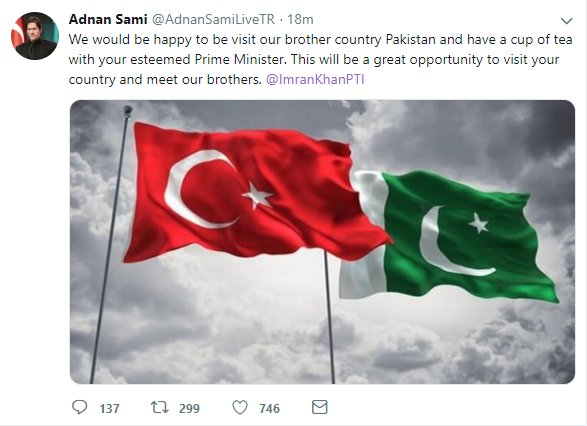 The hackers also claimed that they have captured the important data of the singer. 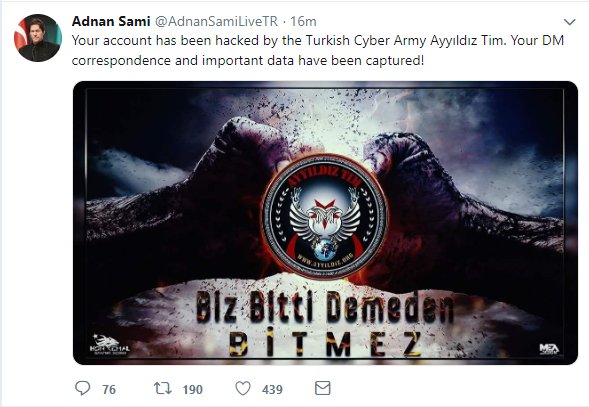 However, Sami did not cave in and tried to salvage his account. He made another account and asked for support, but Ayyildiz Tim saw to that and hacked that one too. 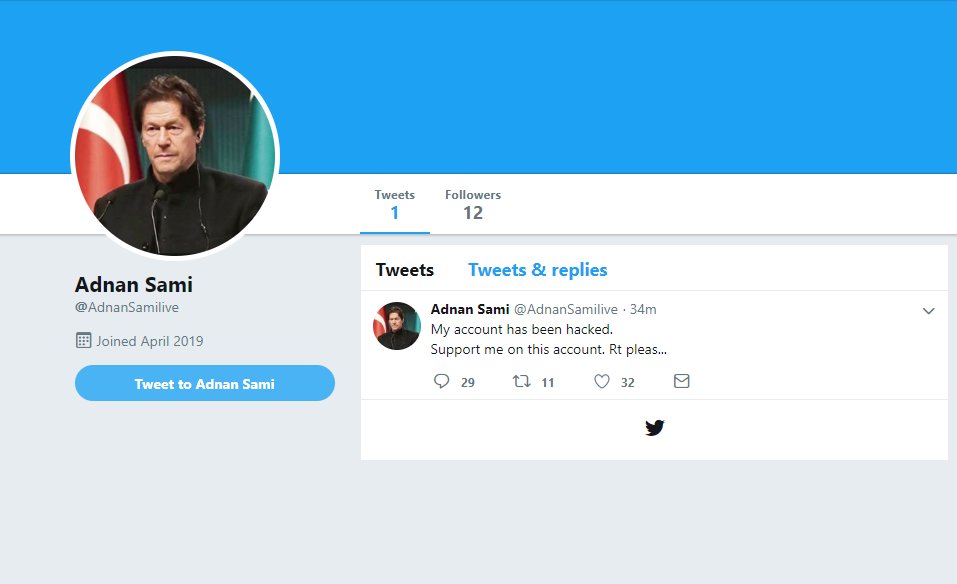 The group also took this opportunity to express their resentment over the ‘irrespective behaviors of the Iceland Republic towards Turkish footballers.’ 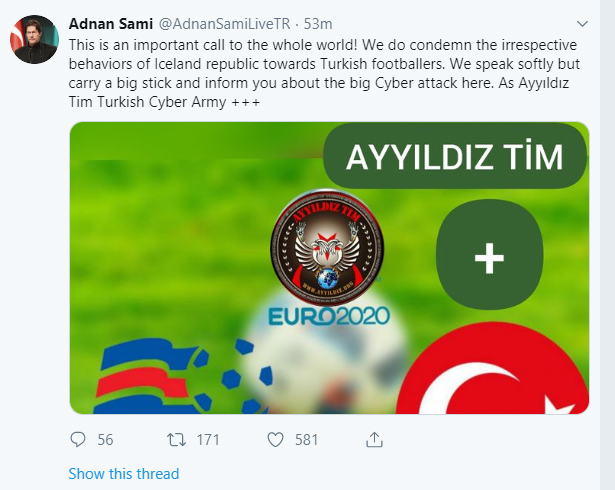 Notably, the same group also hacked Bollywood actor, Amitabh Bachchan’s Twitter handle. It did the same with Bachchan’s account, putting Imran Khan’s photo as the profile picture and adding ‘Love Pakistan’ in the bio. It also took a dig on the actor’s career. 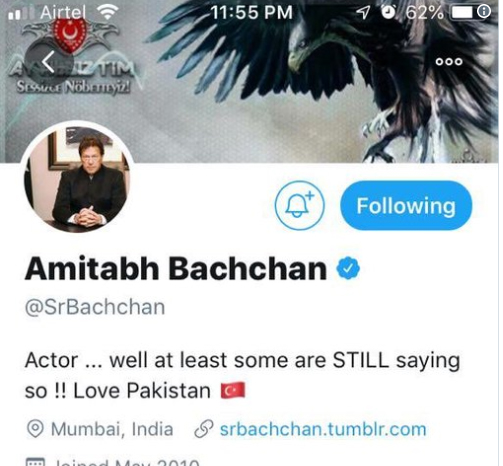