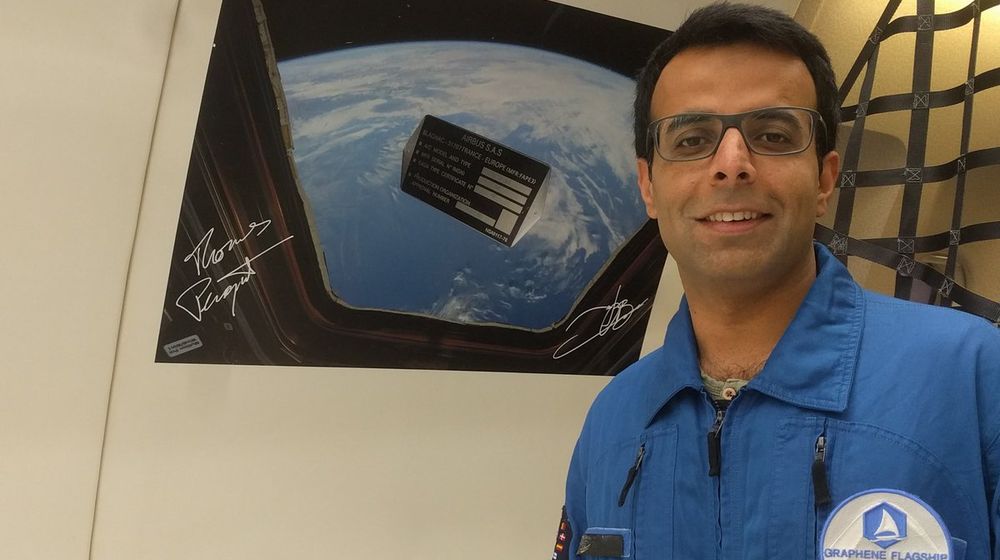 Hailing from a far off village in Turbat, Balochistan, Dr. Yarjan Abdul Samad has made Pakistan proud by becoming the country’s first space scientist at Cambridge University.

The Cambridge Graphene Centre, Engineering Department of the University of Cambridge runs in close collaboration with lead research institutions and European Space Agency. The department is involved in research and development of devices for use in satellites.

I am proud that as a Baloch and a Pakistani, I’m the first Pakistani to work as a space scientist at the Cambridge University
The young scientist has been performing his scientific experiments in zero gravity in space during the last three years. He has been involved in experimenting with parabolic flights and sounding rockets etc.

We are making efforts to work out the devices that function without any energy and electricity, he pointed out. These devices will provide cooling to the spacecraft while in space.

The scientist expressed his willingness to share his knowledge and experience with SUPARCO and the aspiring space scientists in Pakistan.

We launch flights, including the parabolic ones or sounding rockets, for our experiments. We can replicate them in Pakistan too.

He dubbed his job similar to a soldier’s while talking about the challenges of working as a space scientist.

Our job is like that of soldiers. There is no space for any fear when you are committed to your work.

Pakistan is lagging behind when it comes to space technology, however, with young talents like Dr. Yarjan representing Pakistan at the international arena, it is certain that Pakistan does not lack in talent.