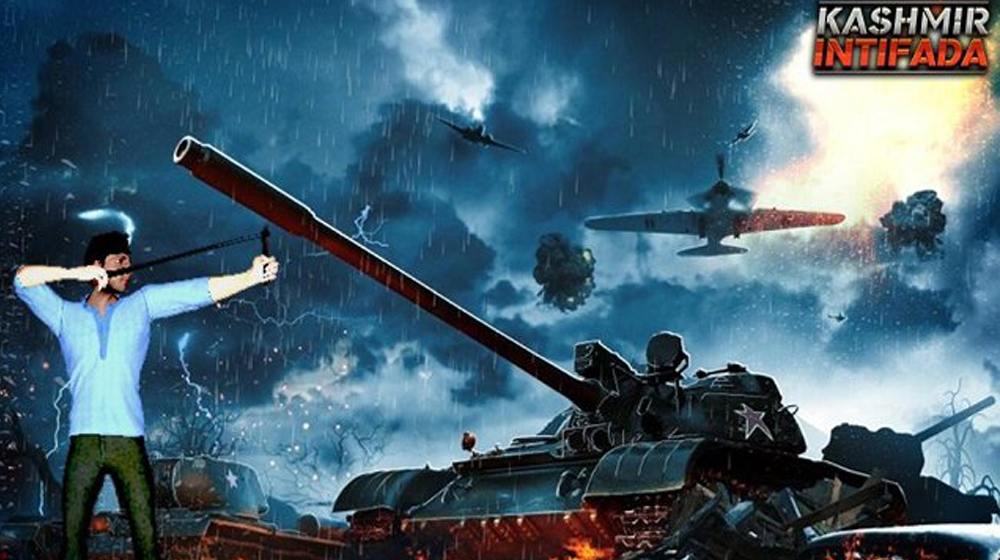 The Indian authorities have blocked the official song of a game named ‘Kashmir Intifada’ on YouTube. The game and the website was recently launched by Digital Intelligence to pay tribute to the Kashmiri struggle and the martyrdom of Burhan Wani and Dukhtaran-e-Millat leader Asia Andrabi.

The game’s song was getting popular among the Kashmiri and the Indian youth. But the Indian government filed an official complaint with YouTube to block the song in India.

The ‘Kashmir Intifada’ presents information about the organizations that are leading freedom struggle in the valley. It also brings to light the torture tactics and atrocities committed by the Indian army.

The game involves different missions that take the players through the difficult days faced by the Kashmiri youth when they decide to support Pakistan, celebrate Eid, and so on.

The official song of Kashmiri Intifada tells the audience how the Kashmiri youth has fought bravely and struggled for their rights and freedom.