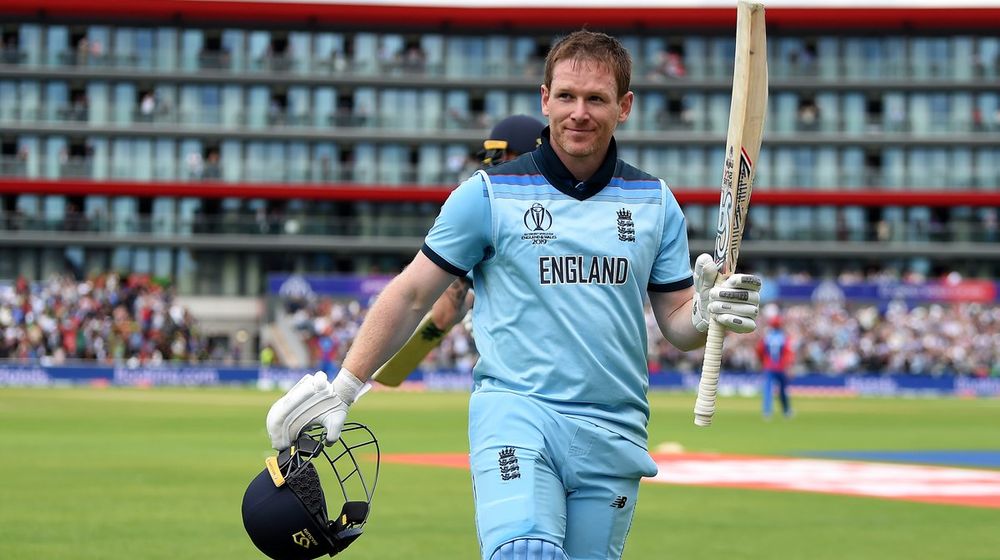 Afghanistan faced a nightmare against England last night as it was raining sixes at Old Trafford. Eoin Morgan hit 17 out of those 25 sixes to break the record of 16 sixes, jointly held by Chris Gayle, Rohit Sharma, and AB de Villiers.

It was carnage as the left-hander took Afghani bowlers to the cleaners, scoring more than a 100 runs in sixes, becoming the first batsman to do so in the game’s history. He smashed 148 from just 71 balls, scoring his hundred in just 57 balls which makes it the 4th fastest century in World Cup history.

The 32-year-old now has 22 sixes in this World Cup, which is already the second highest number of sixes in any edition of the mega event.

In addition, Morgan and his team made the record books with a number of achievements.

Interestingly, Morgan’s 17 sixes last night are only 2 less than the entire Pakistan team’s sixes (19) in this World Cup. For reference, Pakistan captain, Sarfaraz Ahmed has hit a total of 12 sixes in his entire ODI career i.e. 110 matches.

England’s 25 sixes against Afghanistan is the most ever in ODI cricket, breaking their own record of 24 sixes. 11 out of these were hit against Rashid Khan.