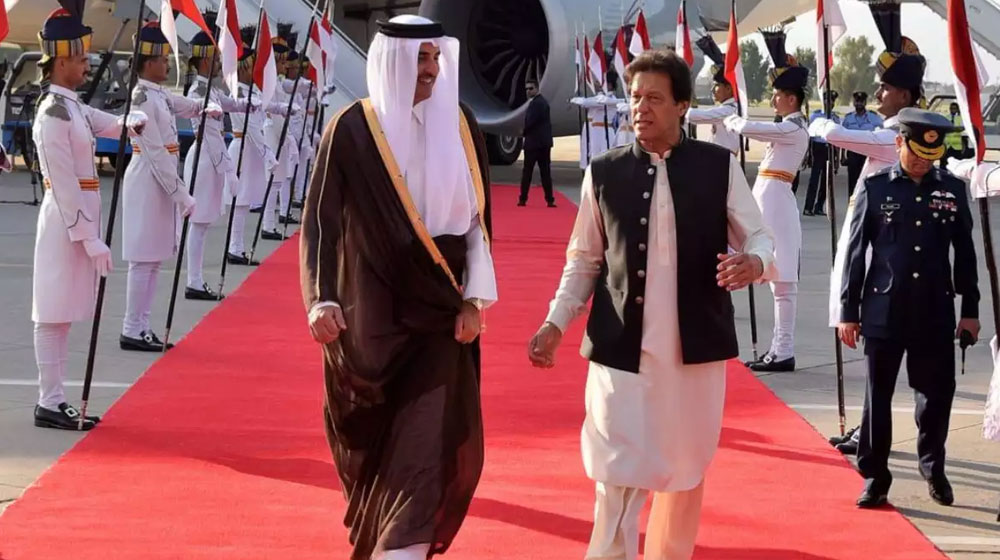 Qatar has announced a fresh investment of an additional $3 billion in Pakistan. The money will come in the form of deposits and direct investment to Islamabad, Qatari Foreign Ministry said on Monday.

According to the Ministry’s official statement that came at the end of Emir of Qatar’s two-day visit to Pakistan, Doha’s investment is an endorsement of Prime Minister Imran Khan’s administration.

The funding has taken Qatar’s total investment & support for Pakistan to $9 billion. The country had already promised $6 billion to Pakistan after an earlier meeting.

Dr. Abdul Hafeez Shaikh, advisor to Prime Minister on Finance, also confirmed the development. He took to Twitter to thank Emir of Qatar for his generous announcement.

Want to thank the Emir of Qatar HRH Sheikh Tamim Bin Hamad Al Thani for announcing US $3 Billion in #deposits and direct #investments for #Pakistan and for #Qatar’s affirmation to further develop relations between the two countries.

The cash injection from the Gulf country has come at a time when the country was to service $700 million to international lenders.

While there is no official word from either side on what amount of cash will come as part of deposits, unconfirmed media reports suggest that it would not be anything more than $800 million.

Pakistan is scheduled to make debt repayments later this week which will hurt the country’s foreign reserves. However, the cash deposits from the brotherly gulf country might provide a momentary reprieve.

When Imran Khan-led PTI government took reins of the country, the biggest task on their disposal was a collapsing economy that was on the verge of destruction. Empty treasury, depleting foreign exchange reserves and reaching dates of debt serving acted as a catalyst to compel the government to look for further borrowings.

The country had no choice but to look towards friendlier countries for a bailout.

In just 11 months, Qatar is the fourth friendly country which has stepped up to save Pakistan from defaulting. Since August 2018, PTI government has reportedly obtained $15.8 billion from UAE, Qatar, China, and Saudi Arabia. This is on top of the 5-year $6 billion bailout package from IMF expected to be finalized next month.

Earlier, China reportedly provided $4.6 billion in terms of direct deposits and commercial loans, however, the numbers haven’t been officially confirmed. Saudi Arabia has given $3 billion in cash deposits and another $3.2 billion in the form of oil facility on deferred payments.