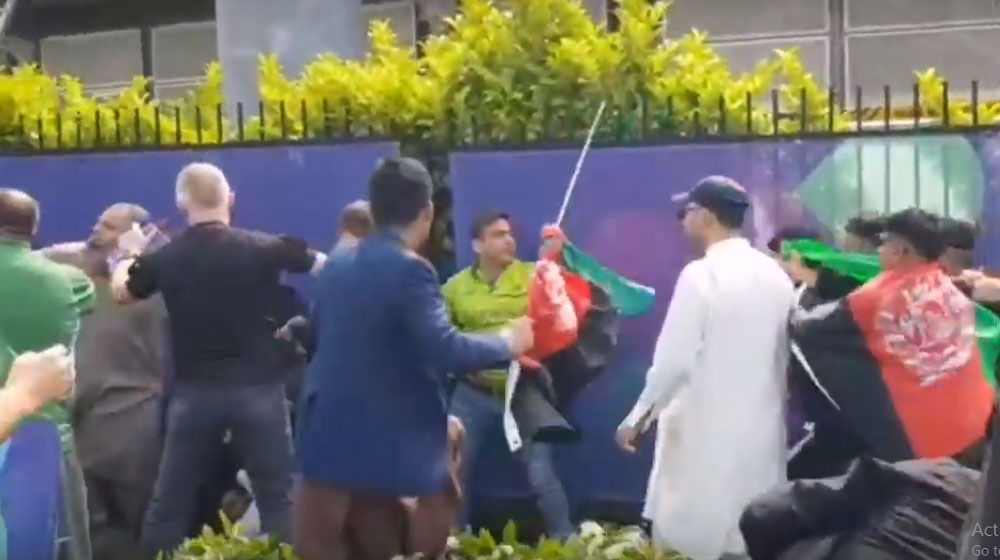 The World Cup match between Pakistan and Afghanistan turned into a battleground after Afghan supporters in the ground brutally charged a Pakistani journalist.

According to media reports, the charged Afghan crowd took the chanting of slogans too far and started hitting Pakistani fans. A Pakistani journalist, Makhdoom Abu Bakar, who tried to intermediate, was also brutally thrashed prompting the ground security to intervene.

While I was making footage of Afghanis attack on Pakistani spectators.The angered crowd manhandled me as well.Tried to snatch mobile phone and pushed me several times.Thanks to security for timely response.Surprised and shocked to see such hatredness towards Pakistanis. pic.twitter.com/zPzCWxlgYW

Scores of Afghan supporters have now been thrown out of the ground for this pathetic behavior.

I have covered hundreds of international games, never seen such pathetic behaviour, full of hatred and abuses, they even harassed Pakistani journalists, manhandled @makhdoomab outside the ground. Such hostility isn’t seen even in India Pakistan games. https://t.co/yM8UJpgrOQ

“Few of them were ejected from stadium by security; many invaded the stadium jumping the wall, occupying seats without tickets. Ugly scenes! Anti sportsmanship by Afghan fans. Disappointing,” wrote Faizan Lakhani, a renowned sports journalist on Twitter.