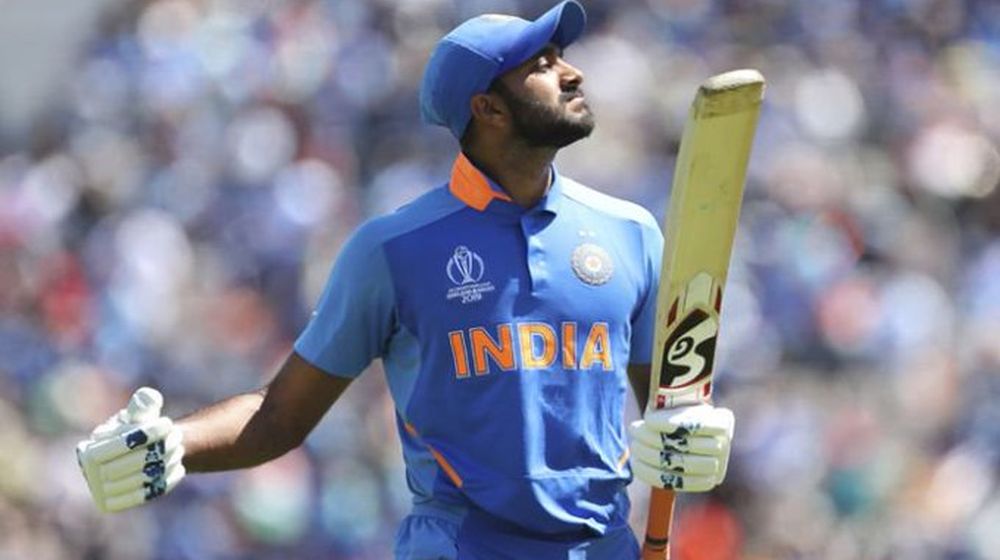 Indian all-rounder, Vijay Shankar, has been ruled out of the World Cup due to a toe injury sustained during a practice session.

According to a BCCI media press release earlier today, Mayank Agarwal has been called in as his replacement. Shankar has been advised a three-week rest following a fracture to his left big toe.

Vijay sustained a non-displaced fracture of the left big toe, which will require a minimum of three weeks to heal. The injury rules him out of the ongoing World Cup.

According to the details, the batsman was struck on the toe by a yorker from Jasprit Bumrah on 20th June, which later worsened. The injury has eventually ruled him out of the mega event.

The call-up of Mayank Agarwal ahead of Ambati Rayudu has once again raised some questions, however, his ability to open the innings can come in handy for India considering KL Rahul has had a relatively poor World Cup.

Earlier, the opening batsman, Shikhar Dhawan, was also sidelined due to a hand injury which led to Rishabh Pant’s call-up.