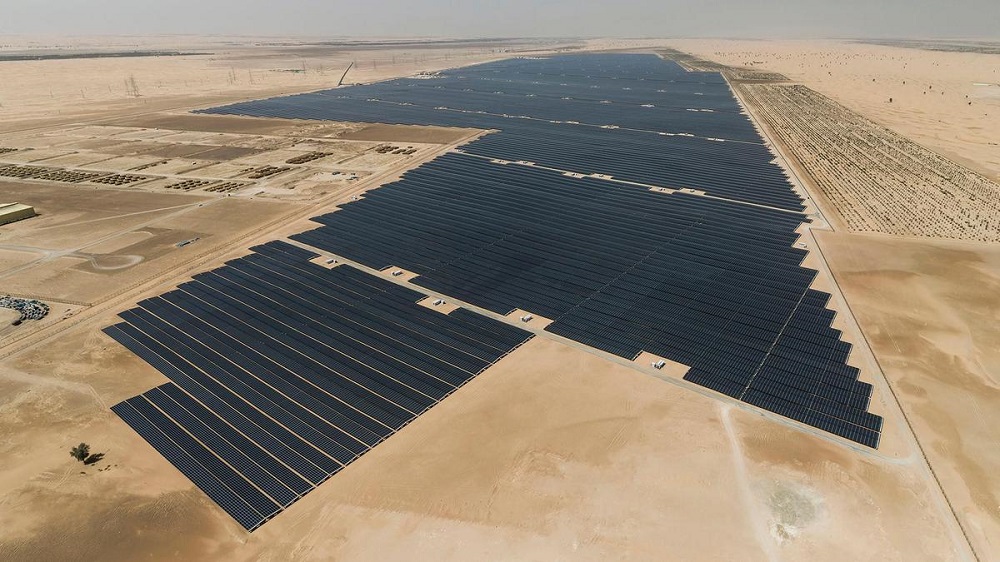 The biggest individual power plant in the world.

The world is moving away from fossil fuels and towards cleaner energy with a lower environmental footprint and the latest sign of the shifting tides is the Noor Abu Dhabi project.

Announced by the Emirates Water and Electricity Company at the United Nations Abu Dhabi Climate meeting earlier on Sunday, the Noor Abu Dhabi will be the world’s largest solar plant.

While many solar parks around the world have higher energy production capabilities, they are essentially areas ear-marked for solar energy production and come with ready to go grid connections. Solar parks consist of multiple companies running their own solar projects in the same area.

Noor Abu Dhabi, on the other hand, is going to be the largest individual solar project.

The project site is at Sweihan in Abu Dhabi and it is a joint venture between the Abu Dhabi Government and a consortium of Japan’s Marubeni Corp and China’s Jinko Solar Holding.

As far as the environmental impact is considered, this project will lower carbon dioxide emissions by 1 million tonnes which is equal to removing 200,000 cars from roads.

The completion of the project marks a significant milestone in the UAE’s Energy Strategy 2050, launched in 2017, to increase the contribution of clean energy in the total energy mix to 50 percent by 2050 while reducing the carbon footprint of power generation by 70 percent. This is in line with the sector’s transformation strategy by providing alternative sources of energy that can help us improve the sustainability of the water and electricity sector.

The CEO of the company, Othman Jumaa Al Ali added,

Noor Abu Dhabi will generate renewable energy and will enable us to improve the use of our natural resources, The fact that a project of such scale has been successfully completed on time and on budget highlights our commitment to ensuring sustainable energy for the future and it is a true testament of the Emirate’s delivery capabilities to execute world-class energy projects.