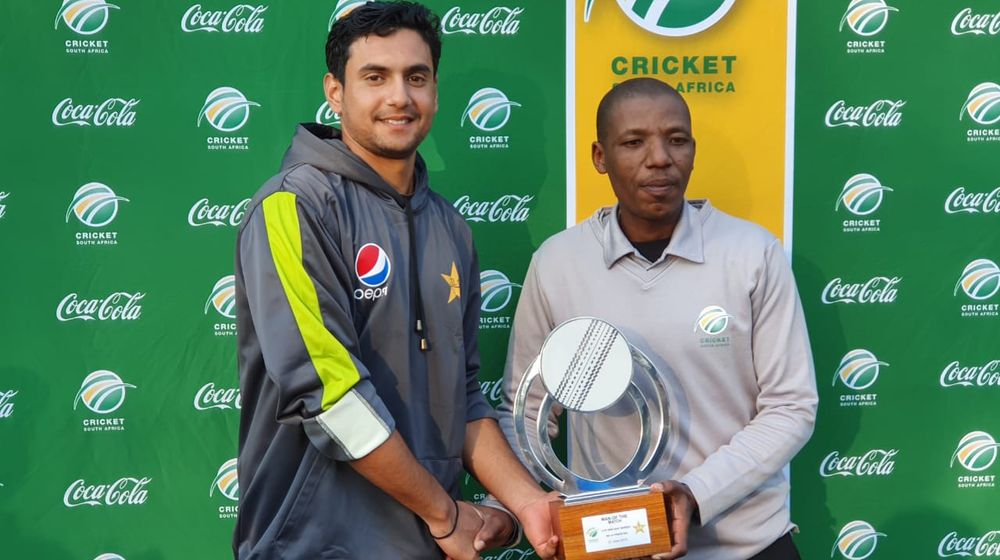 Leading 5-0 in the 5 matches so far, the team has performed very consistently with some amazing prospects to excite the cricket fans.

Players like Haider Ali, Naseem Shah, Rohail Nazeer, Haris Khan, Irfan Niazi, and Aamir Ali have all impressed against the Proteas and the future of Pakistan cricket looks bright considering their performances away from home.

Here are the top scorers in the series thus far:

Attock-born opening batsman, Haider Ali has been the most consistent performer for Pakistan along with the captain, Rohail Nazir. Haris Khan has been performing the duties of a finisher extremely well with 2 fifties and 2 not outs, and at a strike rate of 113.07, thus far.

South Africa under-19s bowling coach, Chris van Noordwyk is all praise for Pakistan batsman Haider Ali, who he believes is a class apart.

We are playing against an opening batter here called Haider Ali, who I believe is of international class and that’s not an excuse.

Here are the top performers in the bowling department:

The results thus far are very encouraging for Pakistan and it is heartening to see the youngsters perform so well in foreign conditions.

With a number of changes expected in the senior team post World Cup, the consistently performing players are very much likely to get a chance to showcase their talents at the international stage.

However, it is important for the PCB to groom the teenagers through domestic cricket and the PSL and then slowly introduce them to the highest level. Otherwise, we are going to see a number of Hammad Azams, and Sami Aslams.