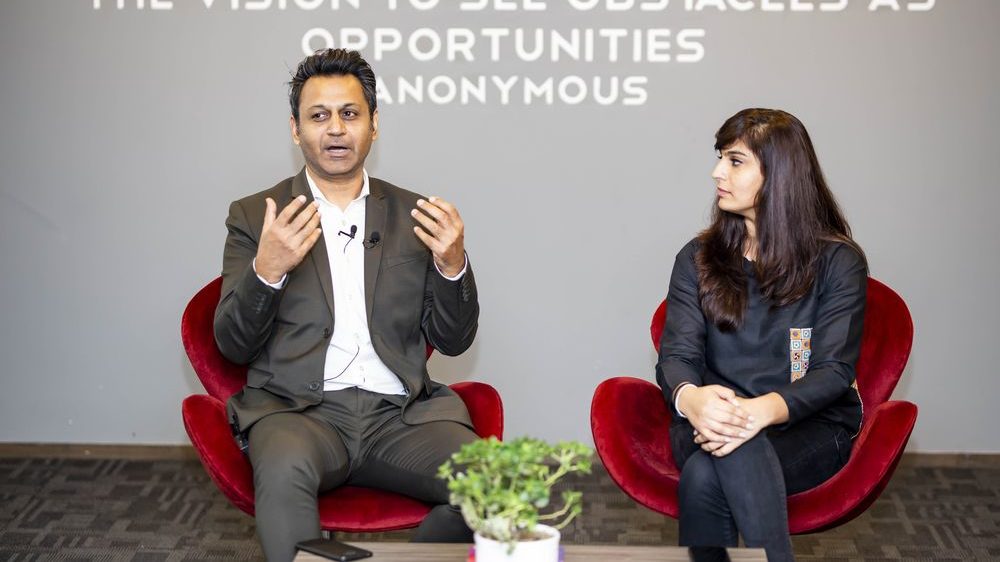 In this age of information, the media is undergoing a transitional phase. With technological canvas changing every day and the advent of the digital age, the conventional media faces several adaptation challenges. While many consider the conventional print media as obsolete or a white elephant, some still feel there is a little hope for it. However, these opinions can only be substantiated by an industry expert.

On July 8th, a fireside chat session with Fahd Husain, called ‘Architecting a Media Powerhouse’ was held at the National Incubation Center (NIC). Husain has several accomplishments tied to his name as a news media professional with over 25 years of experience in journalism. Currently, he wears two hats – as the Editor of the Express Tribune and as the Executive Director of Express News Television. 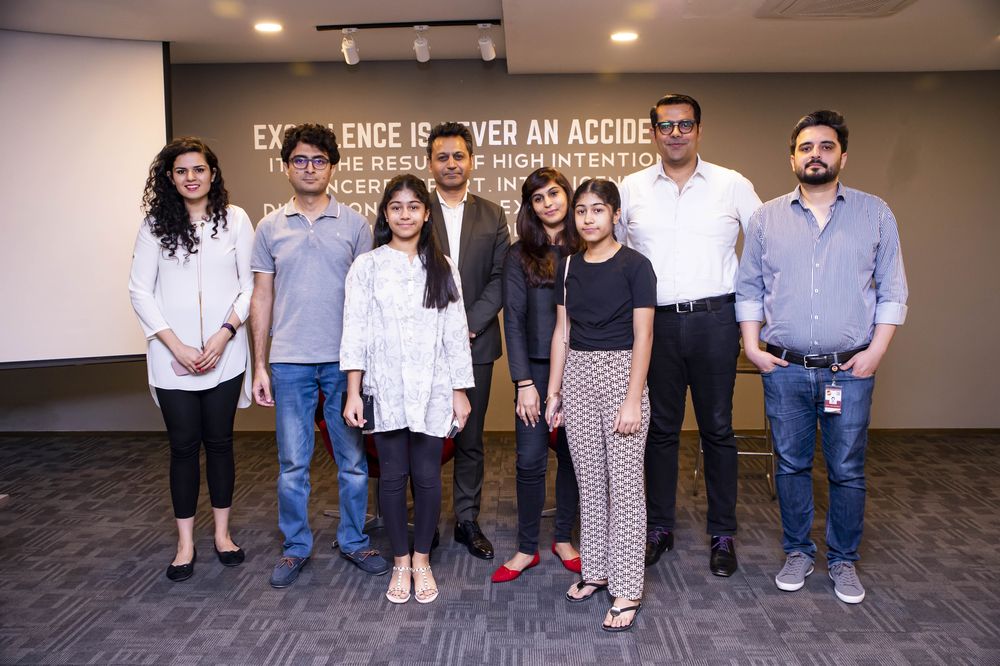 Moderated by Aisha Sarwari, Head of Corporate Communications and Sustainability at Jazz, Husain gave a detailed overview of how the content generation has evolved from traditional platforms (television/newspapers) to digital platforms.

He raised the following pertinent points:

Question: Why is there a need to create digital content and what kind of freedoms does it offer you?

Ans: In Pakistan, we are in an interesting state. Media itself is anything but a niche product as everyone consumes media. There is a big fault line opening up in the media – particularly in Pakistan. In the past years, printed newspapers and state-owned television were the primary sources of information.

Surveying the room today, 20% of the participants responded that they still use printed newspapers as their primary source of information, whereas 5%, stated that they use television – both of which are slated to decrease even more so in the next 5-7 years. All participants raised their hands when they were questioned whether they use digital
media as their primary source of information.

The reason why there is a need to create digital content is to capture this audience – something that traditional media is questioning. Digital media itself is fragmented as different groups access different platforms i.e. Facebook, Twitter, etc. That’s where the money lies, as the only entities monetizing this content are these big platforms.

Question: Why aren’t the traditional media giants listening? For example, the Herald is closing down.

Ans: The giants are shutting down. However, is this the death of print? Not really, we need to differentiate the platform from the content. The printed word isn’t going away. The platform that provided the print is dying. But the writing or content isn’t going away.

Television faces a similar fate. The platform is going away, not content. Video is moving onto a digital medium. Today, the most clicked content is video. The challenge for us is to find that right platform, find the right audience, and tailor the content for that audience.

Question: There still isn’t a concept of paying for content online. What big media agencies like the New York Times realized was that most people chose not to read premium news articles if they had to pay for it. How do we take on that challenge?

Ans: As a traditional journalist trying to figure out new media, what conventional wisdom dictated was that the youth isn’t interested in the news. What providers like ‘vice’ proved was the people are, in fact, interested. It’s all about how you present that content to them.

If you take content from an old traditional format such as PTV and put it in a digital format, people aren’t going to watch it. It’s not that people aren’t interested in this content, it’s that it has to be made interesting the way
companies like ‘vice’ have done.

Question: Why is there the need to create local platforms, why can’t we use existing platforms which are widely accepted e.g. Twitter?

Ans: There are three reasons. Firstly, all existing content is global in nature. Original content has to be generated by people from here. Secondly, the existing media is created for traditional media platforms like televisions and then transferred on digital mediums.

The issue is that they’re not digital-first content. So all the content that is created, is done so keeping in mind that the audience is looking at it on traditional media and not digital media. Thirdly, people who are creating this content are not of the same generation as those consuming it. Hence there is a need for the content to be created by those who are going to consume it.

Question: Content that usually goes viral are things which people relate to. What are your thoughts about real-time issues that are posted on these platforms which aren’t covered by traditional media?

Ans: A clear problem that traditional news media has is that it has narrowed down the definition of what news is. The news should be everything related to us. The reason why people are moving away from this form of media is because they want to be able to communicate. They want to ask questions and want certain stories
covered which they can’t do.

Question: Who controls the media and will a media powerhouse ever challenge that authority? User-generated content trends more than traditional channels.

Ans: The question of ownership is fragmented. You don’t need to have money to make a news channel. If you have the right content, you can go on YouTube and find your audience there. The nature of the media was always one way – push content.
The anchor would talk to everyone without giving them the chance to talk back. It gave a lot of power to that person. With the rise of digital media, that power is diluting. Now there’s a conversation going on. This conversation has involved the whole society into a global discourse.

The appetite has grown and now everyone has an opinion. The few media houses which dominated the setting are dying down now as they are hostages to their own legacies. More digital platforms challenge the mainstream for their audiences and revenue models.

Question: What about hate speech and cyber harassment? How do you create a channel that mitigates that?

Ans: Over the last few years, the government has started responding. We’ve heard of instances where culprits have been punished. While I’m not sure about the role that you can play in the private sector. The government needs to be the regulator and be cognizant and authorize more control.

Question: Another digital divide seems to be language. Pakistan’s problem is that it’s the intellectual elite who own the sphere, tend to reinforce socioeconomic disparity by populating the discourse on digital mediums in English. Would you make the platform in Urdu?

Ans: As far as print media is concerned, Urdu has always been read more by a wide variety of people. However, the English content is read more by the target audience that has more control in society. When it comes to broadcast media, Urdu appeals to both English and Urdu readers.

Hence, when faced with the choice between Urdu and English channels, Urdu channels outnumber and have a greater reach. Today, more people want access to both kinds of content. A digital platform does not make
you hostage to one or the other. You can adjust to both. You can actually have your cake and eat it too. You can bring in the power of the numbers.

Ans: Pakistan is the third largest English speaking country in the world. That’s a power that we need to leverage globally. The problem with our television is that it’s not being accessed by the world. But on a digital platform that issue is resolved.

English content can give you access to connect with the world directly. Urdu, however, caters to the Urdu speaking. You need to leverage both that you can benefit from the other.

Question: What about the gender disparity that still exists in the media — that there is only one woman sitting while the rest are men?

Ans: Unfortunately, traditional media still holds on to aspects of traditional patriarchy. Digital can absolutely change that. All these things can change on a digital platform. Men in suits don’t need to talk to men in suits. We can create an environment where gender is not a barrier at all.

Question: The future of digital media is changing. It’s more about customer-created content vs. powerhouse content. While certain content is being created to target previously untapped areas, there is still an area left where we highlight the good, positive things happening in the country.

Ans: Even today, only a certain type of content is being produced and there is very little new content. The core of what the media should do is to establish credibility. Even when there is an overload of information, you have an entity you can trust.

However, recently that credibility has taken a hit. So today, more than ever, you need an organization to create content. The media has to cater to a lot of different interests. But when you have user-generated content, your problem will be solved. Generating and focusing on content which is important to people is the key.

Question: How can you maintain journalistic integrity especially since everything newsworthy is time-sensitive? Also, what are your thoughts about how Al Jazeera has responded by evolving to cater to different audiences on different platforms?

Ans: One has to invest and build a network. You have to build people’s trust in your organization – their trust that this is an organization that produces credible content. That’s going to pay back. It is very doable and much needed. Al Jazeera is a traditional media house that has smartly evolved to create a digital arm.

For example, AJ+ is a digital arm that does not dilute or taking away from the traditional. They both cater to different audiences, have different workforces, and produce different content.