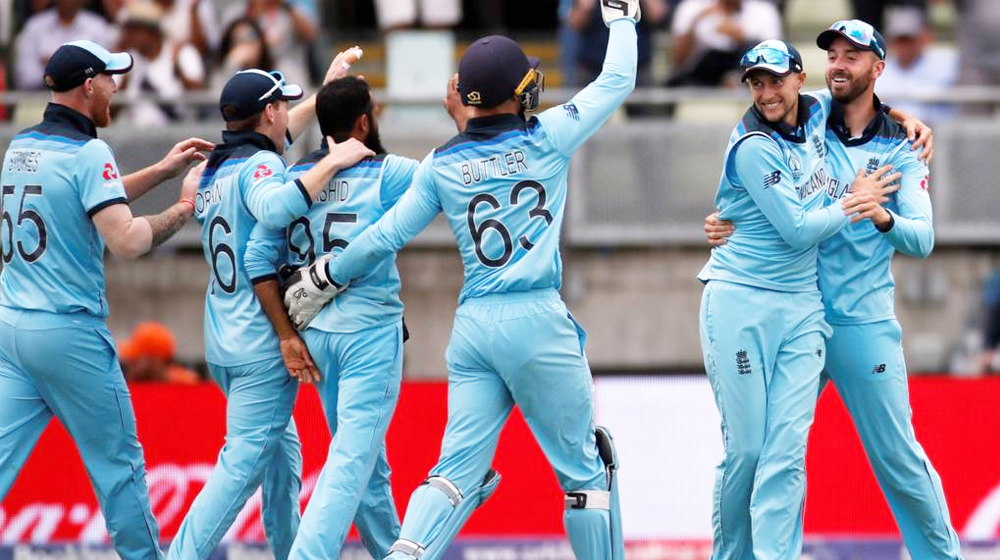 England have knocked out the reigning champions Australia to secure their place in the World Cup final against New Zealand.

Both teams wanted to bat first but Australia won the toss and were immediately put under pressure by a superb English bowling attack.

Woakes and Archer partnered together to dismiss the top order of Australia for just 14 runs. Struggling at 14-3, Steve Smith and Alex Carey showed some resistance and dragged the Aussies out of pressure.

Adil Rashid got the breakthrough and forced Carey to play a false shot, dismissing him for 46. Stoinis also returned to pavilion off Rashid as he failed to pick up Rashid’s well-disguised googly.

Steve Smith kept ticking the scorecard for Australia but the pressure eventually got to Australia, who were all dismissed for 223 runs.

Australia had hoped for a better opening spell from Starc and Behrendorff both failed to put Jason Roy and Jonny Bairstow under pressure.

Both openers played a mixture of defensive and aggressive cricket and played sensible knocks to put England in a commanding position. Roy eventually got out to Cummins for 85 runs whereas Bairstow scored 34 runs.

Joe Root and Eoin Morgan both came in and finished the job and remained not-out on 49 and 44 respectively.

Mitchell Starc and Pat Cummins were the only bowlers to get the breakthrough for Australia and picked up one wicket each.

England will face New Zealand in the final of the ICC World Cup 2019 on 14th July at Lord’s.