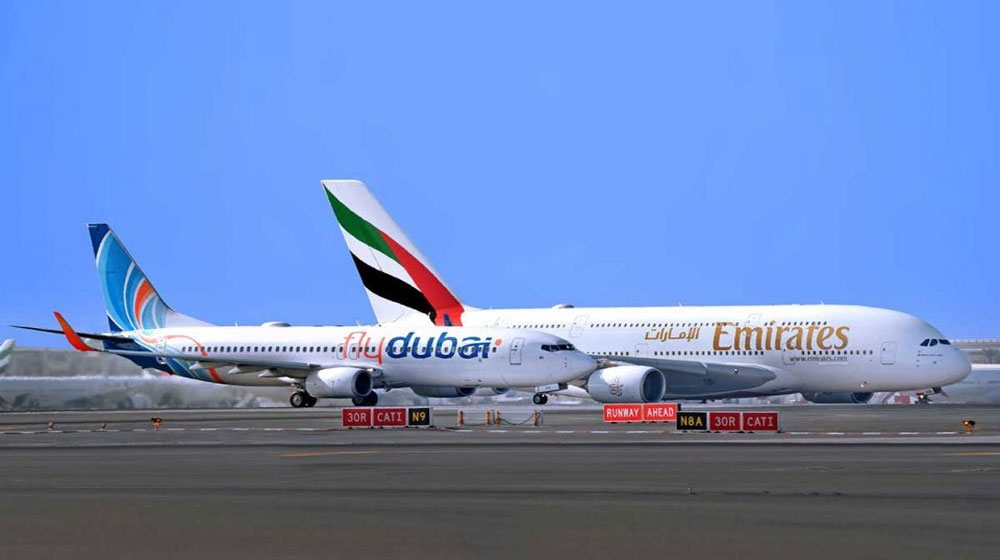 United Arab Emirates (UAE) based airlines are planning to operate to new destinations in Pakistan, the government said on Monday.

The Minister for Aviation, Ghulam Sarwar Khan, said this after a meeting with UAE’s ambassador to Pakistan Hamad Obaid Ibrahim Salim Al-Zaab.

He added that the airlines might also increase the number of flights on existing routes.

Emirates is Drastically Cutting Down Flights to Pakistan

The two dignitaries discussed matters of mutual interest, including the enhancement of bilateral relations in the aviation sector. During the meeting, the minister acknowledged UAE’s support to the Pakistani aviation sector.

Khan said that the relations between the two countries in the aviation sector help a large number of Pakistani expats in the UAE.

He mentioned that the Gulf country’s budget airline, Fly Dubai, was interested in taking four additional flights for Multan which was vacated by Emirates.

“The request is under process in consultation with CAA (Civil Aviation Authority) and PIA (Pakistan International Airlines).”

What is 5th Freedom Right?

It should be noted that the traffic rights solely depend on the origin and destination traffic movement between any two states as the 3rd and 4th freedom traffic movement.

The memorandum of understanding, signed in 2015, allows UAE airlines to operate an unlimited number of flights between the two countries. They are also entitled to the 5th freedom traffic rights which entitles UAE airlines to travel to any intermediate points and any points beyond.