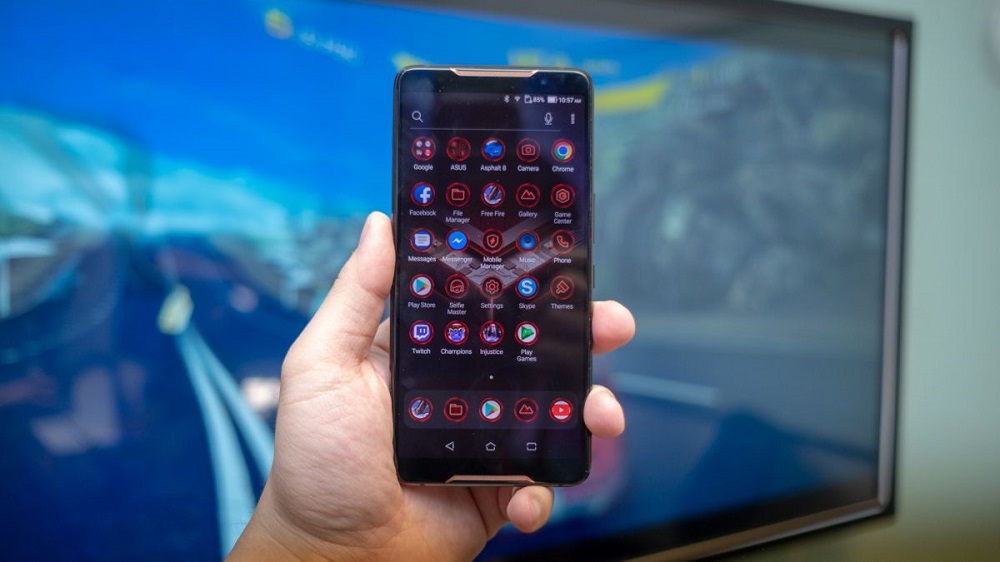 Asus has already launched its 2019 flagship, the ZenFone 6, but it’s not done yet. The Taiwanese company has just launched one of the most spec-heavy and insane gaming phones yet.

Asus’s first gaming phone was also pretty heavy-handed with its features, so it is only appropriate the company follows the same path with its second-gen gaming smartphone.

This heavily spec-ed smartphone comes with an out of the box design. The back features an embossed pattern which looks like part of a cut diamond.

There are also a few stickers in the same pattern here and there. The dual-sensor rear camera is horizontally aligned with a dual-LED flash and an RGB logo smack dab in the middle. 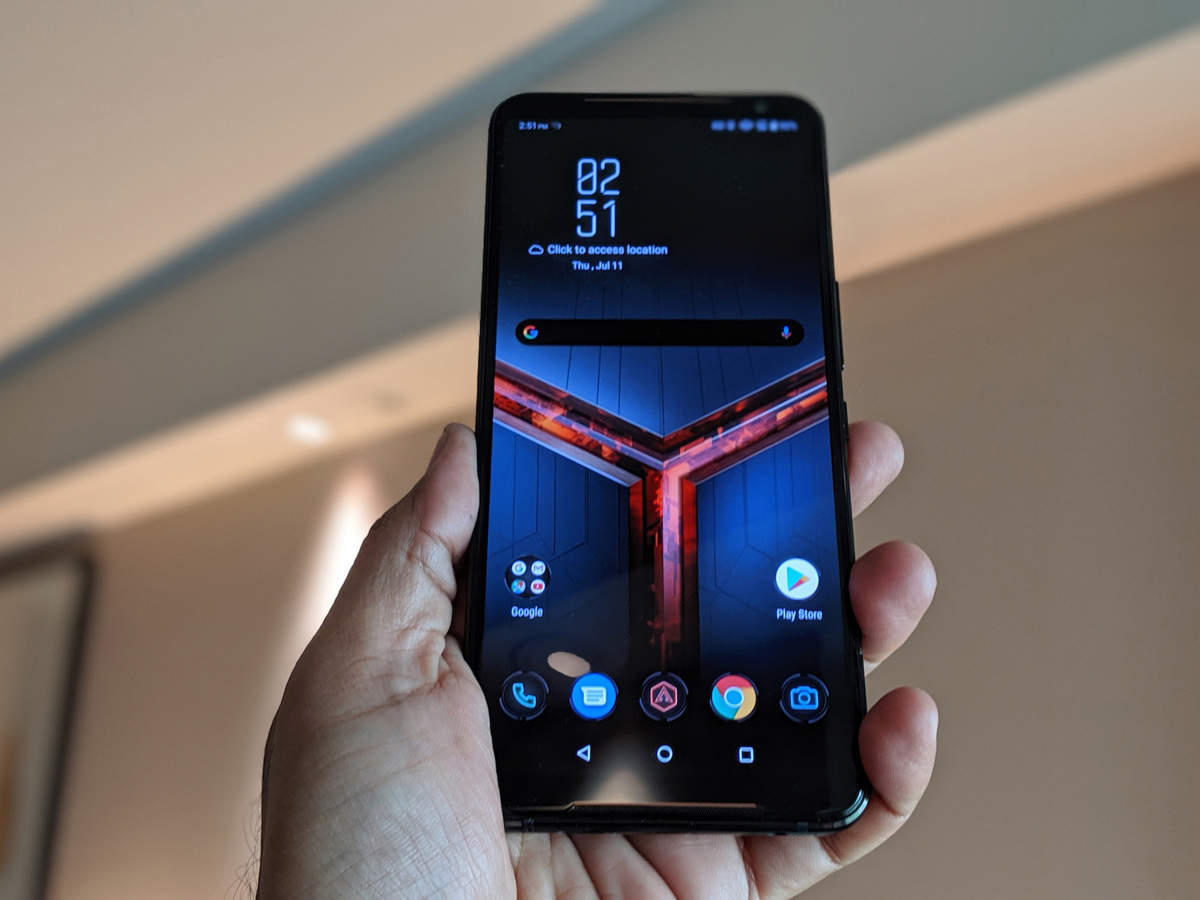 Display-wise, Asus ROG Phone II features a 6.59-inch AMOLED panel with 120 Hz refresh rate and 1ms response time. The display also has 90hz and 60hz modes which can be customized by the user.

This is the first-ever AMOLED phone to feature a 120hz refresh rate, that too with a 1ms response time.

The smartphone’s width is intentionally smaller for one-hand use. It’s also optimized for landscape use (gaming) including the display and the cameras.

Behind the screen, it has a Snapdragon 855 Plus processor, Qualcomm’s best SoC yet with 15 percent faster GPU performance and 4% higher peak clock speeds on the CPU. According to Asus, the phone’s cooling system includes a vapor chamber and some vents to prevent over-heating while running at full throttle.

The smartphone comes with Armory crate, Asus’s game launcher which allows the users to customize the settings according to every game. This is where the user can opt for their required refresh rate.

On the edges of the display, it has two front-facing stereo speakers with DTS:X Ultra support that can stimulate multi-audio channels and are 2.5 times louder than the speakers on ROG II’s predecessor.

The phone has two vibration motors on both sides for directional haptic feedback and air triggers (touch-sensitive sides) with new and improved functionality.

The processor is accompanied by 12 GB RAM and 512 GB of built-in storage. On the software end, Asus ROG II features Android 9 Pie flavored ZenUI6 as well as ROG UI. The user can switch between a near-stock UI and the game-focused ROG UI when they first set up the phone.

On the camera end, the smartphone features a dual-sensor rear camera with a 48MP Sony IMX586 main sensor and a 13 MP ultra-wide sensor. On the front, it features a single 24 MP camera.

Asus ROG II comes with additional accessories and partnerships with game developers. There are tweaked versions of some accessories including the dual-screen TwinView dock and the clip-on AeroActive Cooler fan alongside a new gamepad attachment.

The gamepad is called Kunai and has an uncanny resemblance with Nintendo Switch. It has the same split controllers that can be attached to the side of the phone or slid into a separate joypad-shaped grip.

The cooler is four times quieter (24dB) than before and helps drop the temperatures by 5°C. The cooler also doubles as a kickstand.

The release date and pricing of the smartphone have not been revealed yet, but we are expecting it to be on the same level as original i.e. starting at $899.