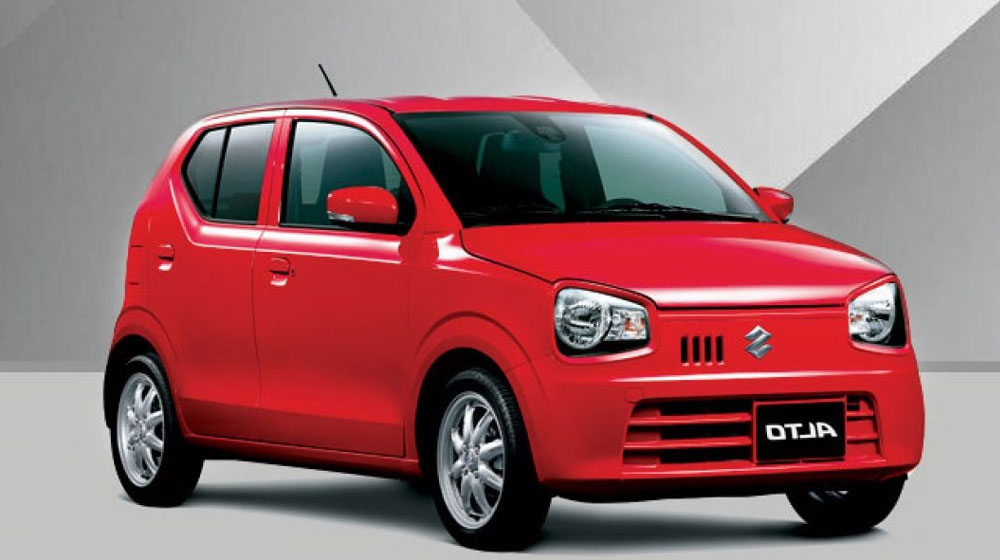 Pak Suzuki has hiked the prices of both the Alto 660CC and the Vitara SUV. The company, in this regard, has issued a notification that has been sent to its authorized dealerships. The new rates (exclusive of advanced income tax) will come into effect from today. 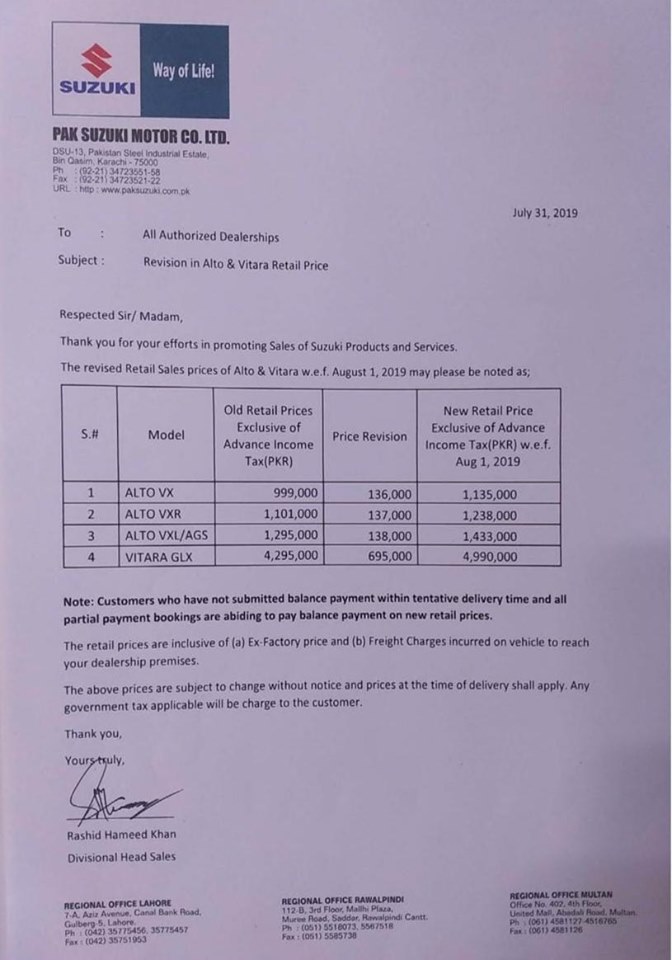 Early this year, Pak Suzuki called time on its iconic, Mehran and – what it called the biggest reveal of the year – unveiled the first-ever 660CC car made in Pakistan – Alto, which has some pretty big shoes to fill in the local car industry.

The Suzuki Vitara, on the other hand, received a huge price increase just weeks ago and the company has now announced another huge bump in its price. The mini-SUV now costs Rs. 4,990,000 instead of Rs. 4,295,000.

The all-new Alto is a 5-door hatchback and packs a 3-cylinder 658 cc R06A petrol engine mated to either a 5-speed manual or auto gear shift (AGS) transmission. The hatchback churns out a maximum output power of 39hp at 6500 rpm and a torque of 56 Nm at 4000 rpm.

Most auto companies have raised prices on models multiple times but Pak Suzuki is the first one to raise prices on a model that is yet to properly go on sale.