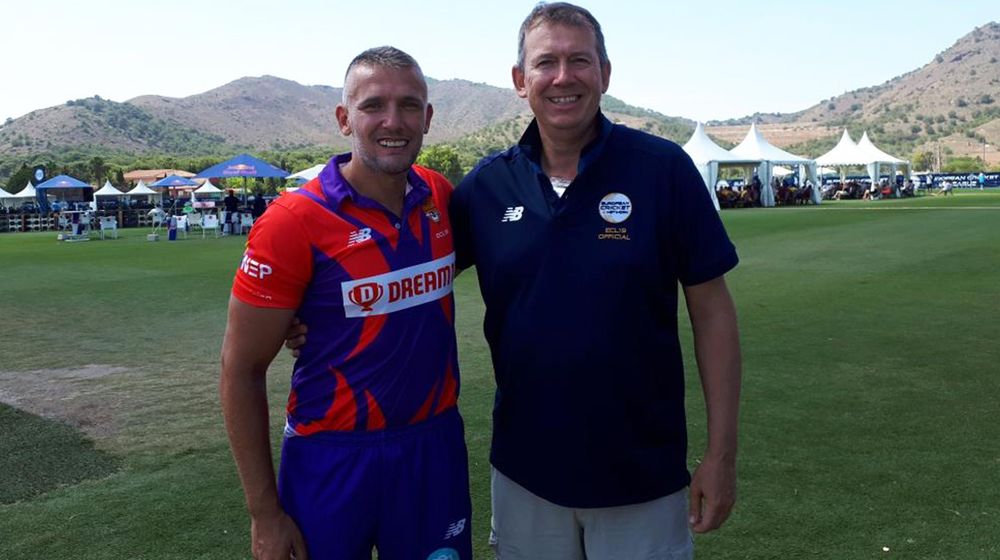 Romanian cricketer, Pavel Florin, is already an internet star thanks to his unusual bowling action. Recently, footage of his bowling action made rounds on social media and the cricket lovers had all sorts of things to say.

Let’s have a look at his bowling:

“Maybe someone says my bowling is not beautiful or not effective, but I don’t care, because I love cricket.”

Later, the 40-year-old playing in the European Cricket League won hearts with his words in the post-match interview.

My bowling is not beautiful. But I don’t care, because I love cricket.

Not just this, his batting style is bizarre. You have seen tailenders bat, haven’t you? I’m sure you haven’t seen anyone bat like Florin. He’s all over the place, but, he doesn’t care. He’s there to enjoy the game.

Florin is a bodyguard during day time and runs a cricket club at night. His tireless efforts brought Romanian Cluj Cricket Club into the European Cricket League. Now, he plans on building a cricket ground in his hometown in Romania for the love of cricket.

A gofundme campaign has already been launched and with all the love that he has been receiving over the past few days, he might well fulfill his dream.