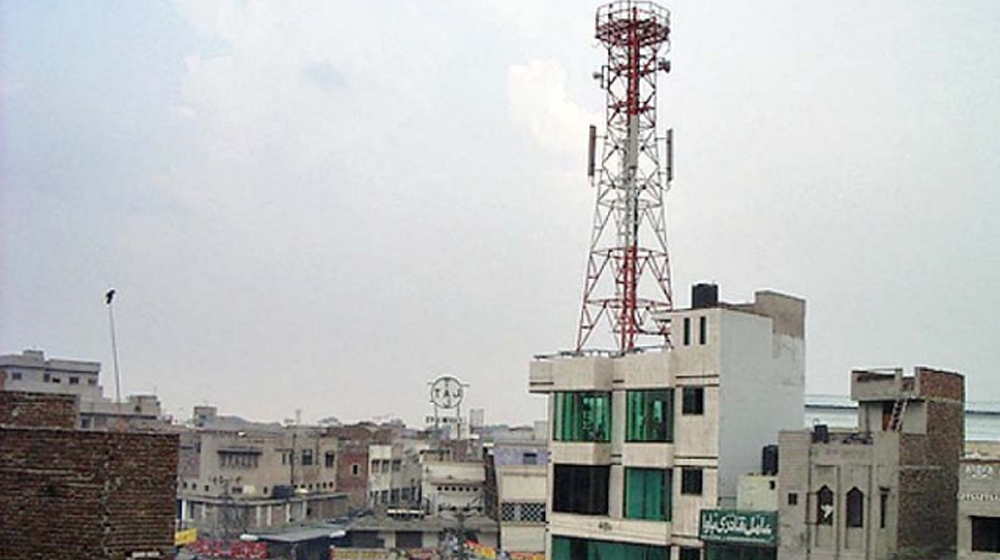 Pakistan Telecommunication Authority has published the results for its Quality of Service survey for Mobile phone operators. The authority said that it conducted this automated survey for 3G/4G speeds, voice and SMS delivery in nine cities of Punjab, Sindh and KPK.

The survey was conducted from January 2019 to March 2019 and it used NEMO automated QoS tool to test the services.

According to details published by PTA, the following cities were surveyed:

Results for 3G and 4G Networks

According to PTA, various operators’ data speeds and signal strength for 3G and 4G networks remained as follows:

At present, the benchmark or minimum required speed on 3G networks is 256Kbps. All operators performed way better than the benchmark speed while Zong topped the list.

Minimum required speed for 4G networks is set at 2Mbps, and this is where Jazz topped the charts with 21.17 Mbps speed on its 4G network.

PTA also published the results of data speeds over 3G networks for various operators in all tested cities.

Bhakkar, with Zong’s network, topped the charts for 3G speeds with over 9,000Kbps. More details can be seen in the chart below: 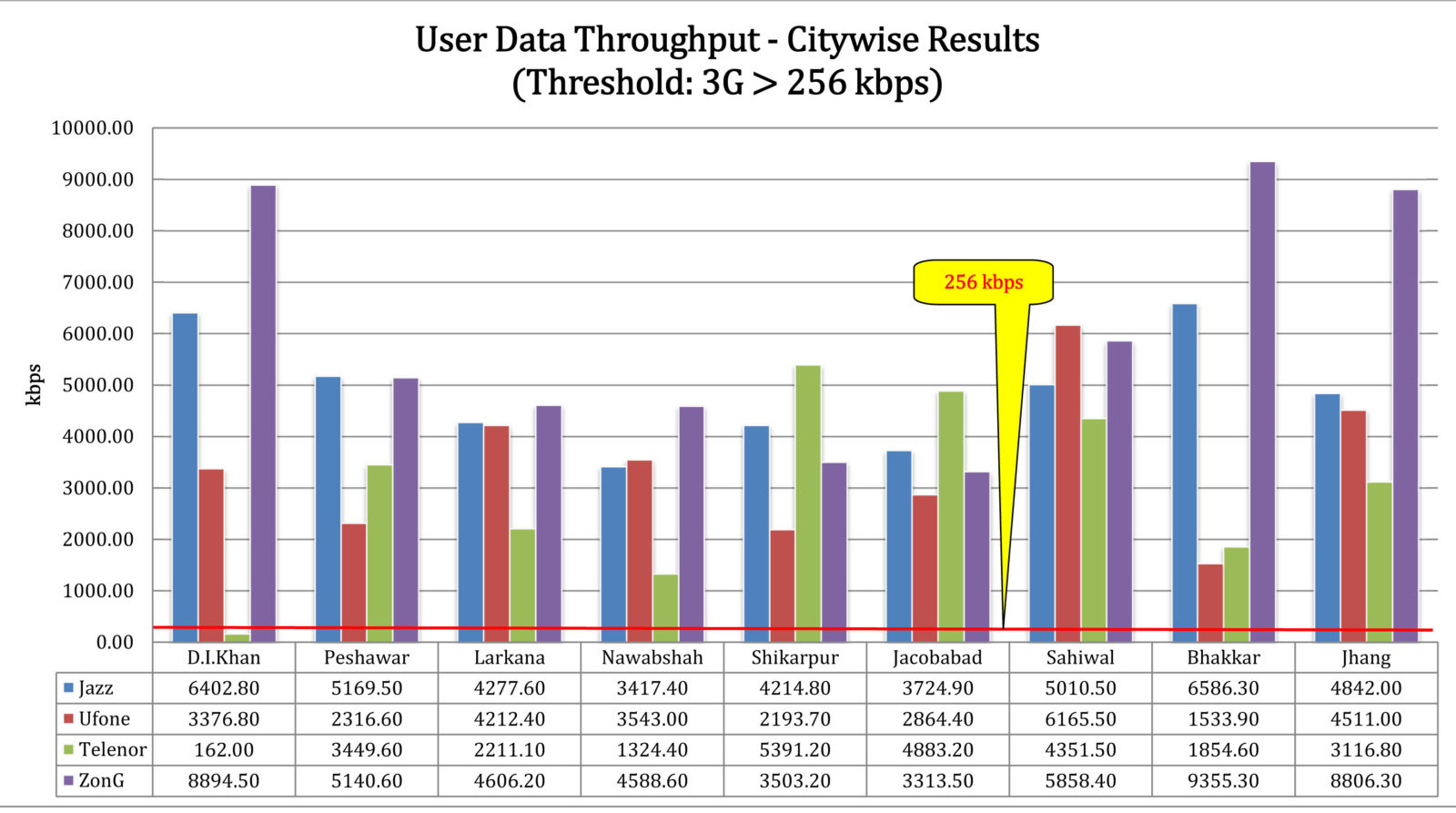 For 4G networks, D.I.Khan topped the charts where Jazz managed download speeds of 36.21 Mbps. More details are available in the chart given below: 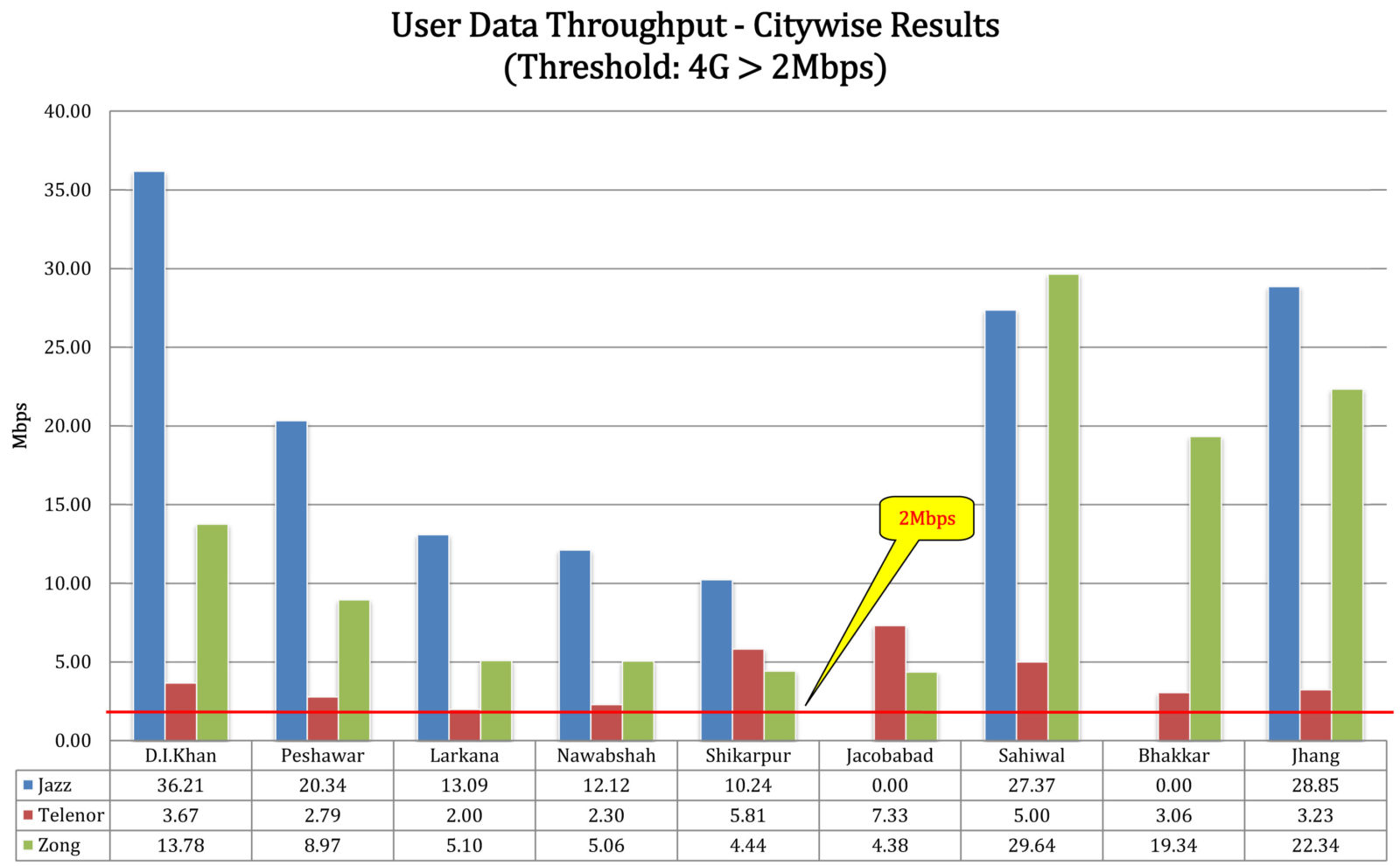 Quality of Service for Voice and SMS

PTA found that various key performance indicators for all operators for voice and SMS services remained at par.

Below are the graphs for various KPIs and their relative benchmarks set by the authority and performance of each operator against the specific KPIs.