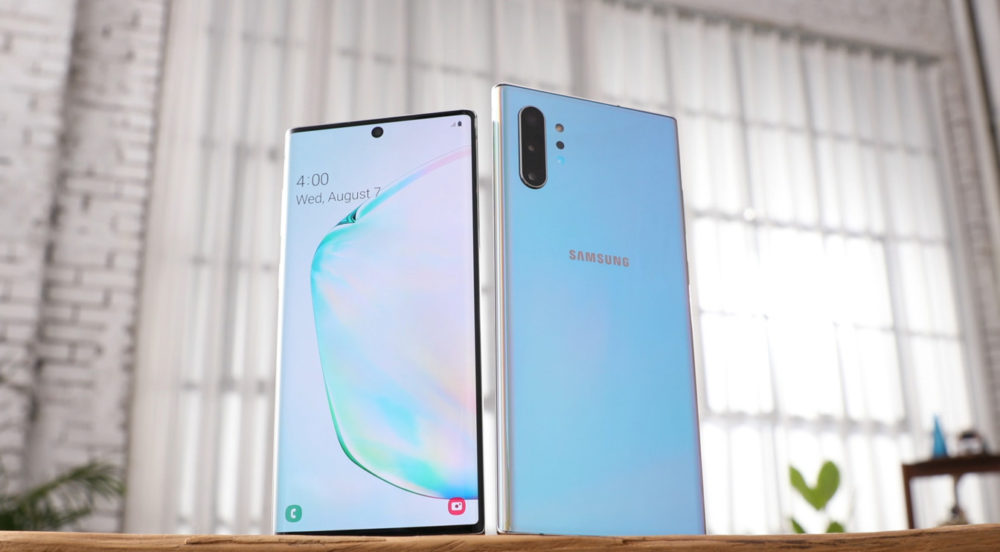 The highly anticipated Samsung Galaxy Note 10 is finally here. The company goes all out on its Note phones, cramming every feature imaginable and this time is no different.

There are other differences between the two phones under the hood. Let’s see what they’re all about.

Galaxy Note 10 comes with significant design changes over Note 9. You get a huge, clean looking all-screen front on the Note 10 with almost no bezels. This makes it way more immersive than most other phones on the market.

The conventional top bezel is gone and it now has a punch-hole selfie camera at the top of the full-screen display. Unlike the S10 however, Note 10’s selfie camera appears to be a little smaller and is in the center of the display. 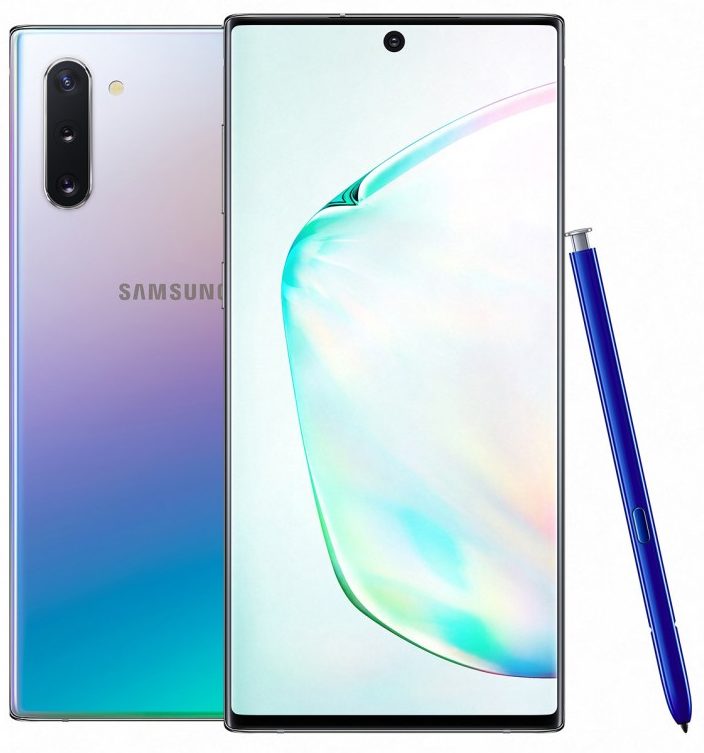 Moving over to the back, Note 10 now looks a lot like the Huawei P30 with its vertical, triple camera module on the side. This camera orientation also makes it ideal for capturing images or shooting videos in the landscape orientation.

The in-display fingerprint sensor also makes its way to the Note 10 straight from the S10-series, hopefully, it’s faster than on the S10. We’ll know for sure when we get a review unit.

The stereo speakers and headphones bundled with the two Note phones are tuned by AKG.

The screen sizes for Note 10 and 10+ are 6.3 inches and 6.8 inches respectively. Both feature Dynamic AMOLED and have HDR10+ support, but that’s where the similarities end. The Note 10 has Full HD+ screen resolution while the other goes up a notch with QHD+. 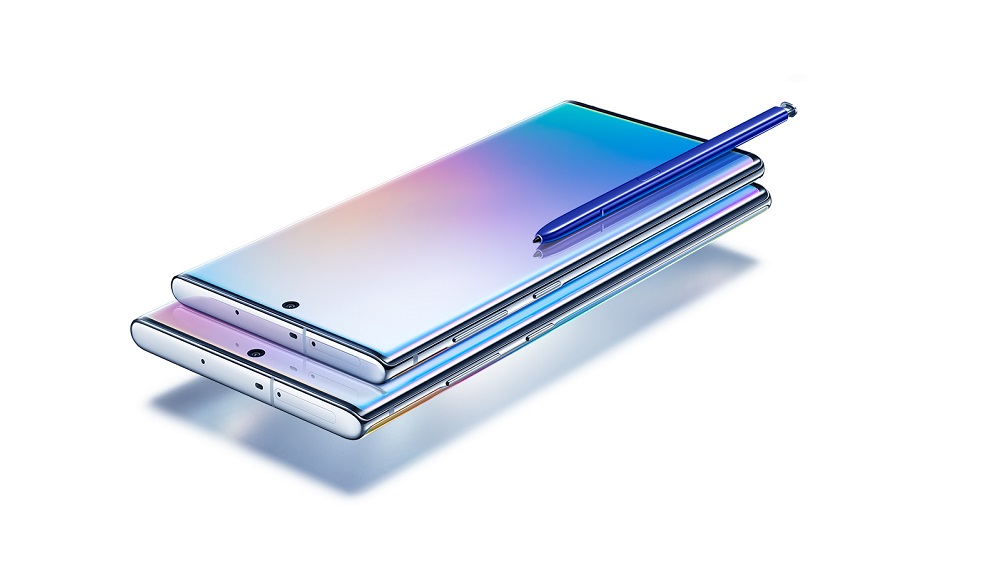 Both phones also have something that Samsung calls Dynamic Tone Mapping for great image quality, no matter what your phone is showing. This is quite like the Sony Xperia phones which improve the image quality of whatever media you’re playing on your phone for a better viewing experience.

The 3.5mm headphone jack is, unfortunately, gone from the phone. Samsung says that it didn’t have space for it on the phone, but it doesn’t sound believable considering that they managed to fit an S-Pen inside the phone.

Talking about the S-Pen, it comes with a few upgrades as well. 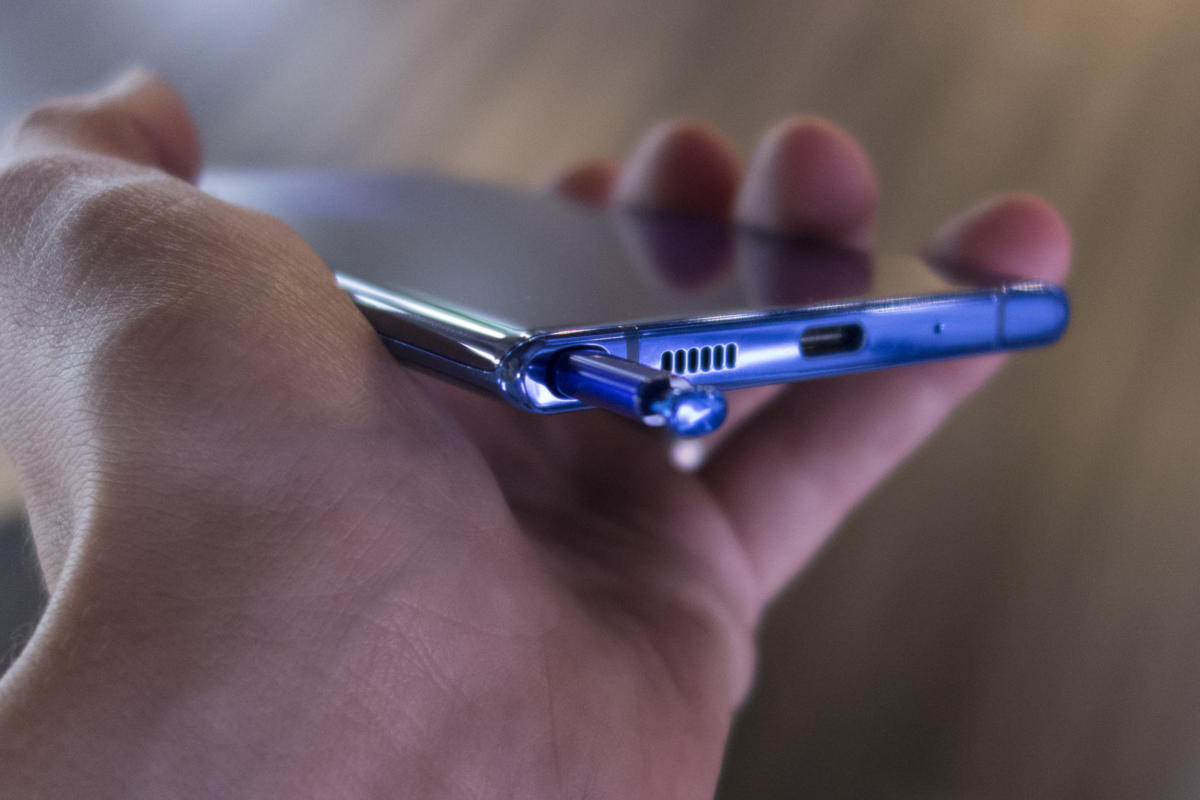 The S Pen features all-new touch-less gestures, as it now has an accelerometer and gyroscope. You can control the camera, navigate through the apps and do much more with the S-Pen now, all using “Air Actions”.

Samsung will also launch an Air Actions SDK for app developers for adding S-Pen’s gestures to their games/apps etc.

It also pairs with the new video editor app on the Note 10 siblings, but more on that later.

The phones are powered by the company’s all-new Exynos 9825 SoC, which was announced hours ahead of the phone’s release. As mentioned before, different markets will have different SoCs, with some getting Snapdragon 855 instead.

Samsung has also added what it claims to be the thinnest vapor chamber for heat dissipation.

Another key difference between the two is that the regular Note 10 doesn’t have a microSD card slot. Only the Note 10+ has one, which is a bummer.

The Dex dock is back again and works the same way as before, letting you dock your Note phone with a monitor and using a keyboard and mouse to use it as a desktop PC.

Samsung is adding a new Link to Windows feature to the Note 10 phones, letting you sync photos, notifications, and messages with your PC/laptop. It only works with Windows 10 though. You can access it on your PC through the Quick Settings panel.

As its name suggests PlayGalaxy Link lets you stream games from your PC, kind of like Steam Link, which is a neat feature.

The Note 10+ also has a 3D ToF sensor which can create 3D models of real-life objects using the 3D scanner app.

It also gets Life Focus which records bokeh video and a better Super Steady mode. As mentioned earlier with the S-Pen, Note 10 gets an advanced native video editor. The S-Pen’s new gestures allow you to easily trim videos and scroll through them.

The front-facing selfie camera housed in the punch hole notch is a 10MP shooter with autofocus.

It will be available from August 23 in three colors, Aura Glow, Aura Black and Aura White.