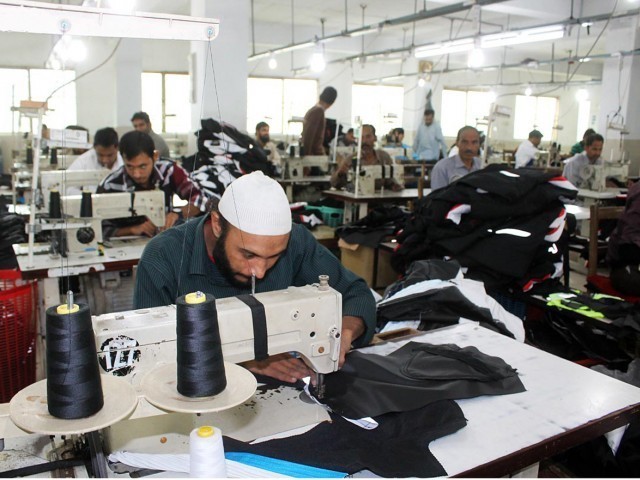 Pakistan garment companies are fighting their way into the supply chains of some of the world’s biggest fashion brands as they are looking to catch up with Bangladesh, India and other Asian apparel heavyweights, reported Nikkei Asian Review.

Pakistan’s cost-competitive garment makers are drawing attention from multinational brands, even though the country’s growth lags behind more dynamic markets such as India or Bangladesh.

According to the report, globally competitive Pakistani exporters remain few and far between. Pakistan’s economy still revolves around the production of cotton, a commodity, while manufacturers have been slow to embrace automation.

But those that have gained a global foothold may benefit from the country’s depreciating currency as the rupee has lost a third of its value in the last two years, which makes Pakistani exports cheaper.

The report states that customers like Zara and H&M demand high quality and low costs from their suppliers with tight time tables.

A garment maker based in Faisalabad, in an interview with Nikkei Asian, said that it is benefiting from clients’ desire to diversify.

“We are getting more benefit because the customers are thinking that they are not 100% safe while putting all of their eggs in one basket that is either China or Bangladesh,” Faisal Waheed, sales and marketing general manager at Kay & Emms.

Compared to the traditional leaders in garment production — China, Vietnam and Bangladesh — Pakistan is still a minor player, and the pressure on companies to reduce costs is intense.

“There is always a war-footing situation,” Waheed said. “Every customer is cost-conscious because they know they have the buying power around the globe. They have a lot of suppliers in their basket — Cambodia, India, Bangladesh, China and Pakistan. If you don’t act on war footing, you will be losing business.”

Kay & Emms is still small by global standards, with an annual turnover of just $50 million and 2,300 employees, but it is growing at an annual rate of 60%. About a fifth of its sales comes from Zara, a brand belonging to Spain’s Inditex. Kay & Emms has been supplying jogging pants, hoodies, crew neck shirts, pullovers and zipper jackets for Zara since 2014, but it was a hard-earned success, according to Waheed.

“After an effort of more than four, five months, we got the first order,” Waheed said. “It was quite hard to get into their business.”

Pakistan as an Attractive Sourcing Base

Pakistan has been hailed as an “attractive sourcing base” by industry executives including Spencer Fung, CEO of Hong Kong-based supply chain giant Li & Fung, as garment production for Western brands continues to shift to lower-cost countries stated the report.

The global shift to online retailing is further intensifying cost competition, a trend that could benefit Pakistan. Leading the shift is Amazon, which offers cheaper apparel that can be customized to individual shoppers’ tastes and delivered quickly stated the report.

Masood Textile, the largest knitwear maker in Pakistan, started supplying to Amazon three years ago, said Raja Amjad Ali, general manager for planning at the company. Business with Amazon currently accounts for just 2-3% of total sales, Ali said, but is growing 5-10% a year.

The garment industry is like that,” Ali explained. “If we don’t know the trend or research the market or go by the way the market is behaving, no garment manufacturer can survive.”

Chinese garment makers looking to export to the West are also attracted to Pakistan, which has duty-free access to many Western markets due to its status as a less developed economy stated the report. In 2014, China’s Shanghai Challenge Textile acquired a stake in Masood through a share purchase from existing shareholders.

According to the report, The Chinese side and Masood have since set up a 51-49 joint venture, giving the Chinese partners a foothold in the Pakistani market.

The move is part of a broader push by China to develop economic ties with Pakistan under Beijing’s Belt and Road Initiative.