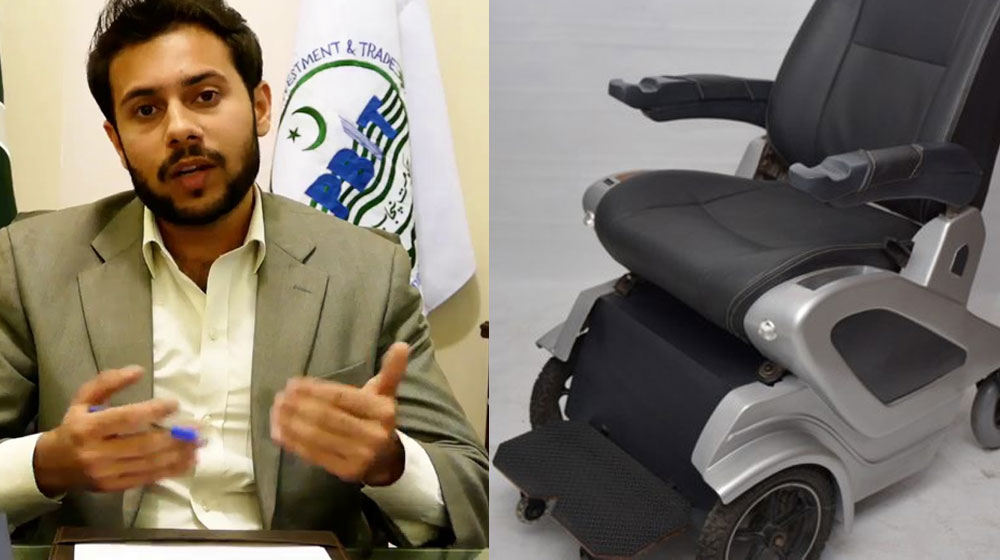 A Lahore University of Management Sciences’ (LUMS) student has developed a voice-controlled electric wheelchair that can be operated through a smartphone application.

Faaiz Arbab, a graduate of electrical engineering program from LUMS, is the inventor of this voice-operated smart wheelchair. He has named it ‘GOBEE’. Faaiz developed this wheelchair in collaboration with the National Incubation Center (NIC) Lahore and AYEco.

How Does it Operate?

The smartphone application for the wheelchair has a ‘Call N Go’ feature. According to the NIC Lahore official website, the user can summon the wheelchair from a distance of 15 kilometers.

The wheelchair responds to the voice commands of the user, being able to turn left or right and move forward or backward.

Arbab said he had the project in mind when he was in the early years of his university. He started working on it a few years ago but did not feel it was ready for use and needed more work. That was when he decided to submit it to the NIC Lahore homed at LUMS, which then provided him with the right environment and support to complete his masterpiece.

Some of the key features of Gobee are given below:

“This is just the kind of work that needs to be projected,” Asad captioned his tweet.

Innovative work like this voice activated wheel chair by AYECo. This is just the kind of work that needs to be projected pic.twitter.com/Q4DqauXz0U

Talking about his invention, Faaiz Arbab said that he always wanted to build something which makes the handicaps independent, and Gobee does precisely that.

He said that it was one of the world’s first voice-operated smart wheelchairs equipped with Wi-Fi, Bluetooth, and various other options.

Ever since the product has been launched, we have received multiple orders from the Pakistan Army, Navy and several international NGOs.