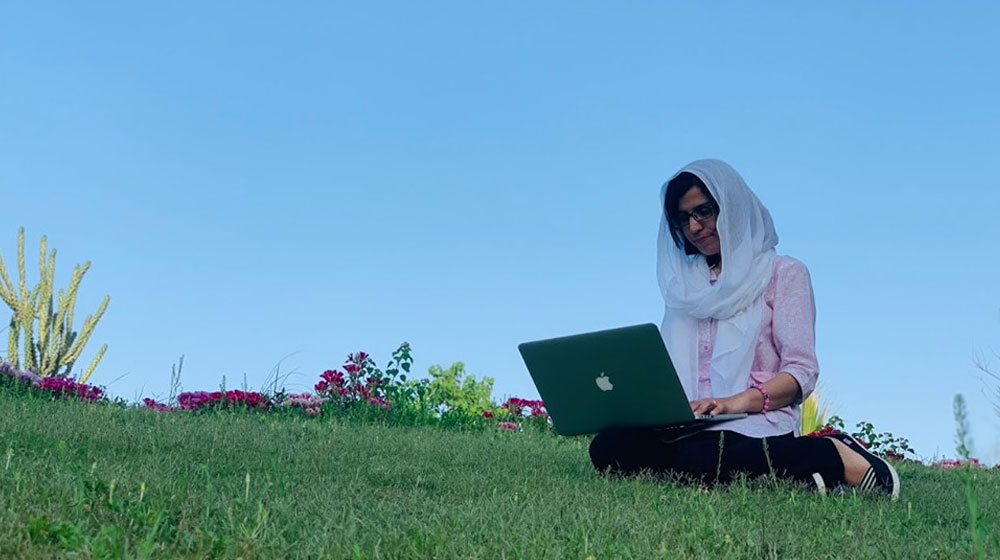 The advent of the freelance market in Pakistan has opened doors for women in the country to earn livelihoods by working from home or any place of their choosing.

Now, there are female freelancers, YouTubers, and bloggers earning a six-digit income by working online. While it seems quite simple now, things were never this easy ten years back when Salma Noreen entered Pakistan’s freelance market.

Hailing from Attock – a small city in Punjab – Salma had big dreams in her eyes when she decided to switch fields and become a web developer. Since then, she has worked diligently to become the top female freelancer of Pakistan on Freelance.com with more than 4000+ onsite projects.

Salma is also the first female of the country, leading an official WordPress chapter. She is running a WordPress meetup in her native city, where she is empowering local women with technical skills.

“Being a woman, I was more worried about women, as we have a cultural barrier that most women cannot get permission to relocate or go out of home for a regular 9 to 5 job. Introducing them to WordPress and then guiding them on how to find online clients has helped many to earn a decent living from home,” Noreen informed WordPress Tavern during a recent interview.

Under her supervision, a WordPress Community Meetup was organized in the city, which attracted around 60 to 70 attendants, where they shared their knowledge, experience, and best practices.

Encouraged by participants’ craze about WordPress, Salma is eager to organize their own WordCamp in 2020.

She was also open to attending the Lahore WordCamp scheduled later this year with at least 15 to 20 attendees from Attock.