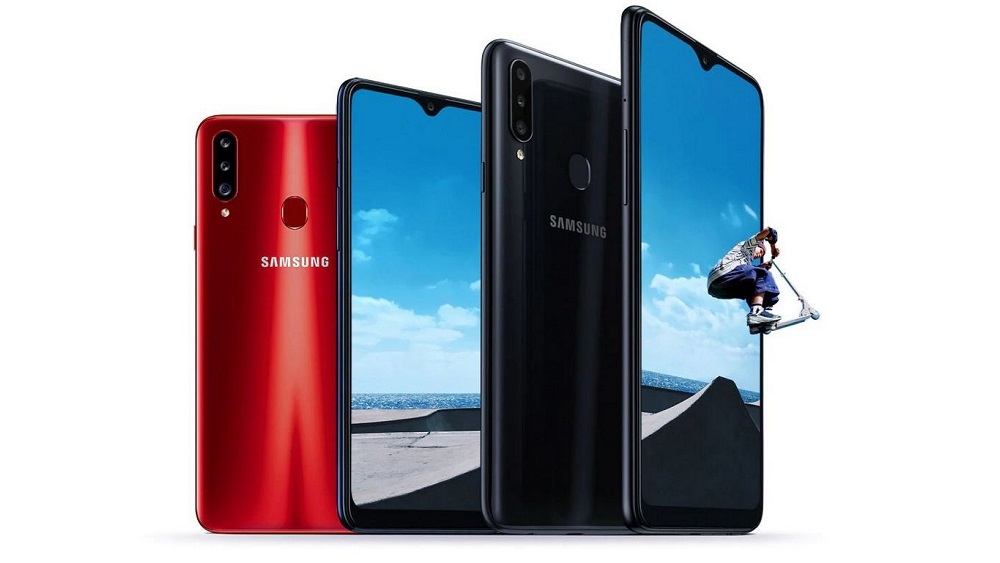 Samsung has been quietly expanding its Galaxy-A series by adding upgraded ‘s’ variants.

The company launched Samsung Galaxy A30s and Galaxy A50s last month and has now unveiled the Galaxy A20s as a minor upgrade over its predecessor. Samsung Malaysia had already launched the smartphone along with A30s and A50s at an event earlier this month.

Galaxy A20s is an entry-level smartphone with a few downgrades and some improvements on the hardware side.

Featuring the same design elements as its predecessor, the smartphone comes in four colors: black, blue, green and red.

The only difference between the aesthetics of A20 and A20s is that the latter sports a vertically aligned triple sensor rear camera as compared to the dual-sensor rear camera featured by the Galaxy A20. The fingerprint sensor, like A20, is housed on the back.

On the front, the smartphone features a 6.5-inch Infinity-V display with HD+ (720p) resolution, 81.9 percent screen to body ratio and 264 ppi pixel density.

Unlike its predecessor A20s does not feature an AMOLED display, with an IPS LCD panel instead.

As for the innards, the Galaxy A20s comes with Qualcomm Snapdragon 450 with 3GB or 4GB RAM and 32GB or 64GB memory. The memory can be expanded via a dedicated memory card slot.

Software-wise, the smartphone runs on Android 9.0 Pie topped with Samsung’s One UI.

This entry-level smartphone features a 4000 mAh battery that supports 15W fast charging. The phone is currently available for purchase for €150. 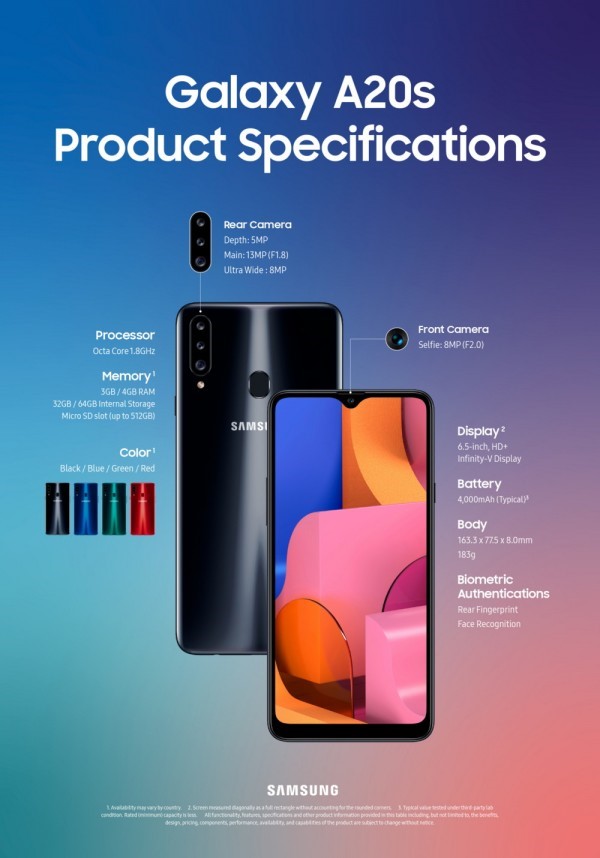