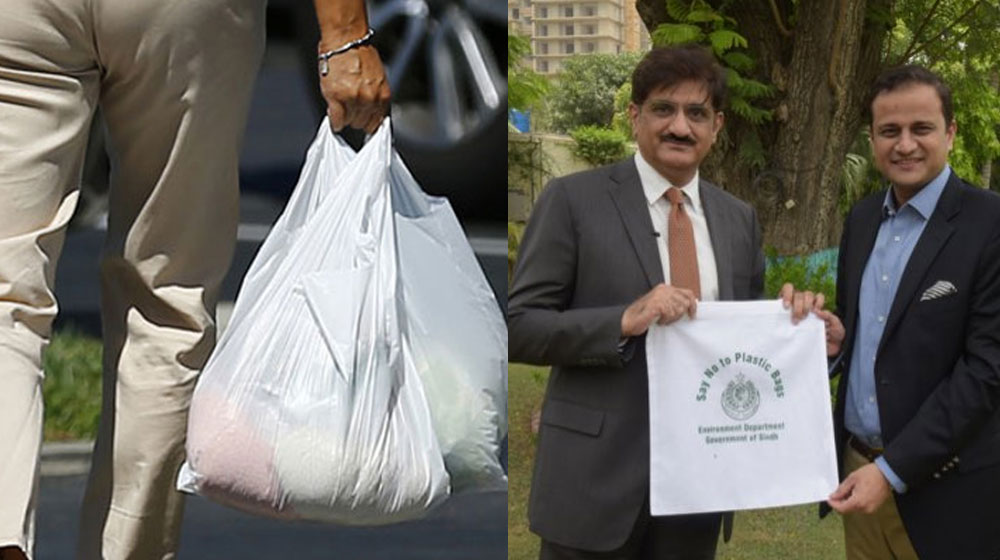 Sindh has announced a complete ban on the use of plastic bags in the province from tomorrow.

A notification issued from the Environment Climate Change & Coastal Development Department, says that there will be a blanket ban on manufacturing, sale, and usage of non-degradable plastic bags in Sindh.

It said that companies manufacturing Oxo-biodegradable bags will be allowed to continue producing bags of limited sizes.

The provincial government had announced a ban on plastic bags early in August. It had given a two-month notice to shift to biodegradable bags.

Adviser to Chief Minister of Sindh on Law, Anti-Corruption Establishment, and information, Senator Murtaza Wahab had shared the news on Twitter.

Sindh Govt has started an awareness campaign against the use of Plastic Bags for being disastrous to environment. CM Sindh requests citizens to support the campaign & help Sindh Govt save the environment. It has been decided that plastic bags wont be allowed from 1st October pic.twitter.com/3RvFFA4t8o

The government had also launched an awareness campaign in which people were informed about the harmful effects of using polythene bags.