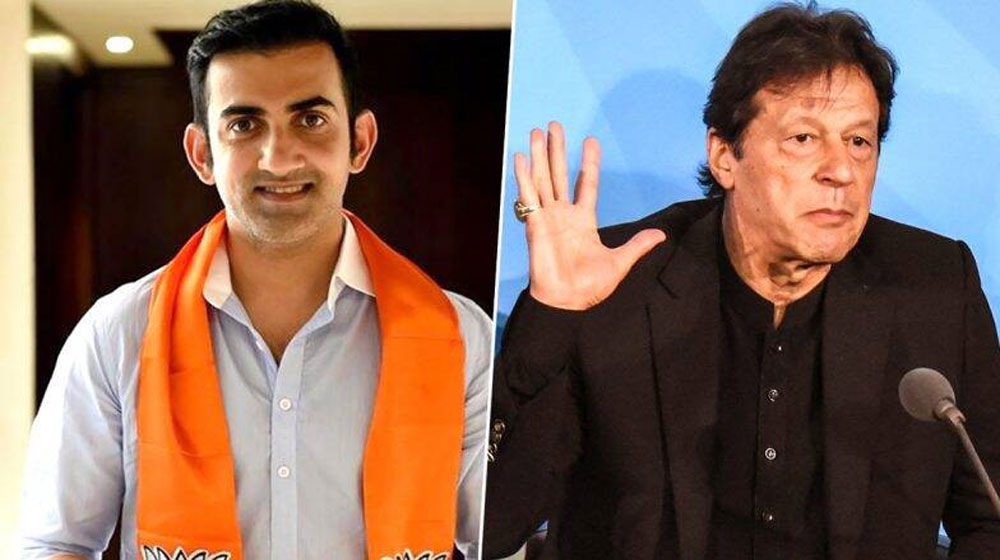 In reply to PM Khan’s hard-hitting speech at the UNGA, in which he exposed the RSS-BJP coalition and Modi’s Hitler-like fascist ideology, Gambhir tried to give him a lesson on ‘good behavior’ and ‘sportsmanship.’

Sportspeople are supposed to be role models. Of good behavior. Of Team spirit. Of ethics. Of the strength of character. Recently in the UN, we also saw a former sportsperson speak up. As a role model for terrorists.  @ImranKhanPTI should be excommunicated from the sports community.

Little did he know that his own people will stand against him in support of Pakistani premier.

Responding on his call, some sane Indian minds started bashing him for his inappropriate words for someone who is ‘larger than a life’ like of the premier. Note that PM Imran Khan has thousands of fans in India.

Prominent among them was an Indian author Prerna Bakshi:

Still a better cricketer than you ever were. https://t.co/OIrses8Mr7

Many Indians reminded him that he had no moral authority to criticize Imran Khan.

@ImranKhanPTI is a great leader of Men and he has also proved his love of humanity by his contribution in building the Cancer Hospital.

What have you done?? – you are a gutter ka keeda.

excommunicated. nice big word. and what should one do with sports people accused of cheating? of joining political parties that deny people their rights? do tell us, since you are in a mood to pontificate. there, another big word.

Go clean up all the mob lynchings, consistent rapes and minorities issues the world is horrified to see and then blab a bit. Kashmir&Assam may be too big for you! So we leave it to the others! For a few desperate likes from your own country, dont incite hate!

Despite your tweet he will still be a better cricketer!! Who are you to tell to excommunicate him from sports ! If so you are also worth to be excommunicated for the stand your party has taken on Kashmir, lynchings, growing religious hatred, economic slowdown and what not??

ROFLMAO. This shameless guy is a MP from a party that gives ticket to terror accuse like Pragya Thakurs and his leader was denied entry in US/UK for a decade for his complicity in Gujarat pogrom.https://t.co/Iptp1gPsh1

It should be mentioned here that the Delhi Police has charge-sheeted the Indian lawmaker in a property fraud case.